A demonstrator in American Samoa has been holding a one woman protest outside the temporary House of Representatives calling for better health care in the territory. 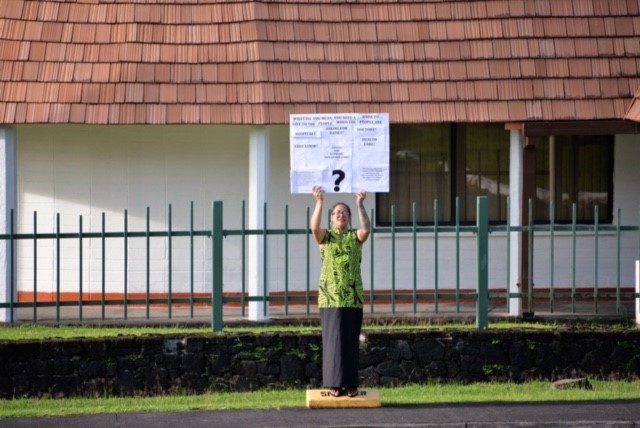 Moira Maiava said she wanted the parliament or Fono to devote the same spirit and energy it was using on the construction of a new Fono building, to upgrade the LBJ Hospital.

The government was "building castles" with federal funding in defiance of construction regulations , Ms Maiava said.

"After Cyclone Gita and before the end of 2018, the government and lawmakers took down the Fono building and decided to build a multi-million dollar Fono building," Ms Maiava told KHJ News.

"But our hospital is in shambles," she said.

"I want a better hospital. I want certified medical specialists. I want those doctors to get paid what they need to be paid so my family can be cared for properly."