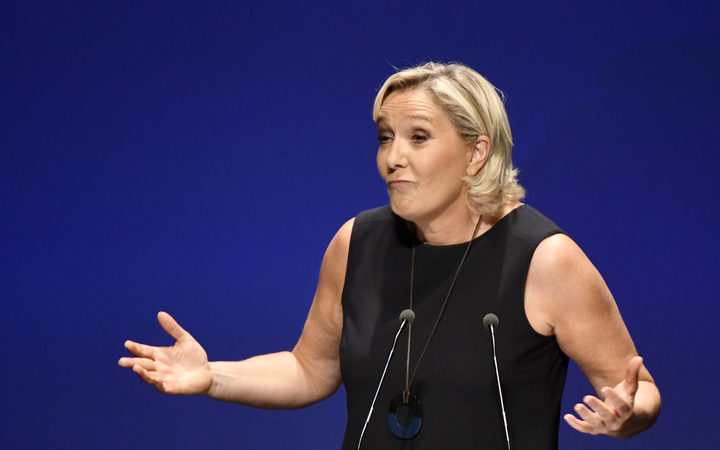 In the 2017 French presidential election, the Tahoeraa urged its backers to vote for Ms Le Pen when she ran against Emmanuel Macron.

But at a weekend party meeting, the Tahoeraa leader Gaston Flosse ruled out further support for her because her party's representative in Tahiti campaigned against the Tahoeraa in last year's territorial election.

He also ruled out contesting the next elections in collaboration with the pro-independence Tavini Huiraatira Party.

At the meeting, Flosse also accused the government of failing to keep its promises and of being opaque with its figures.

He alleges that fewer than 400 jobs have been created since 2014 while the government says it created 1,000 a year.

Flosse says 55,000 people are out of work and a majority is now below the poverty line.