Negotiators on an international treaty on the high seas have been told they must remember they represent the interests of the people of the Pacific who greatly depend upon the ocean and its resources. 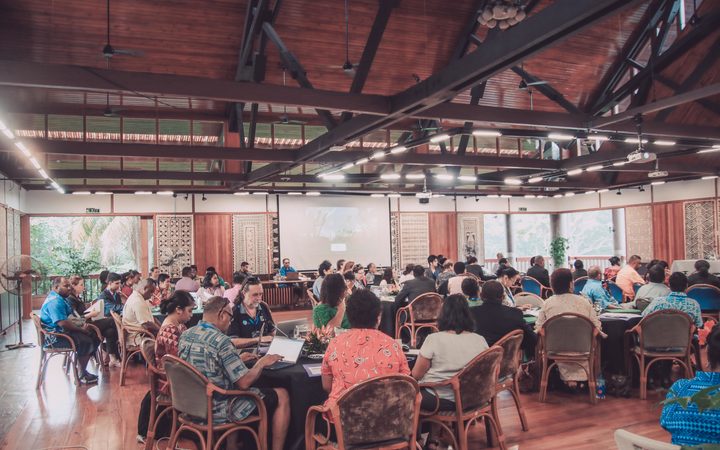 Delegates at Conservation of Biodiversity on Areas Beyond National Jurisdiction workshop Photo: supplied

The Pacific Ocean Commissioner, Dame Meg Taylor, who is also secretary general of the Pacific Forum, was speaking at the opening of a workshop in Fiji on the Conservation of Biodiversity on Areas Beyond National Jurisdiction, or BBNJ.

She told the participants they have a vital role in advancing the vision of the 'Blue Pacific' continent, by working to have a legally binding treaty for the high seas by 2020.

Dame Meg says they must not forget the people and communities which depend upon the ocean and its resources and for whom the ocean has been home for generations.

She reminded them of the Pacific Forum Leaders' decision in 2018 on sustainable oceans' management, use and conservation and particularly the BBNJ negotiations, which is one of the Forum's four key advocacy priorities this year.