Guam is facing a crisis in its civilian construction sector due to a labour shortage caused by new US federal restrictions on Filipino workers. 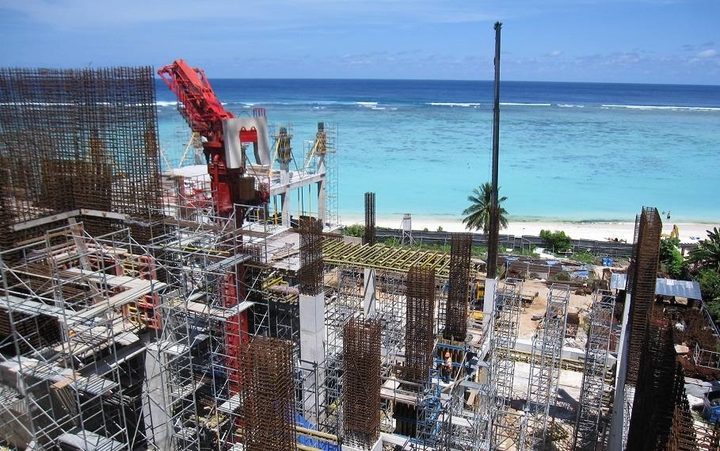 Homeland Security's removal of the Philippines from the H-2 temporary worker programme means only military construction projects on Guam will have access to skilled workers from the US territory's closest Asian neighbour.

The decision is set to disrupt construction projects in both Guam and the Northern Marianas where the Philippines has been the main source of foreign labour for decades.

The H2-B visa had allowed for shortages to be filled in the the construction and health sectors of both US territories.

Currently all 606 H2-B workers on Guam are from the Philippines.

The new restrictions are driven by concerns about overstayers on the US mainland according to an immigration lawyer on Guam, Jennifer Davis, who said they pose yet another challenge for the island's construction contractors.

"And anyone who has a non-military project... a lot of them shut their doors, they just can't get the workers to support it," she said.

"Guam's a very small island. The military build-up affects all businesses whether they're inside defence or outside defence. And so this has been an ongoing battle here on the island."

The US military relocation from Japan and build-up on Guam allows for 4,000 foreign workers a year, including from the Philippines, said Ms Davis.

Military construction projects are not subject to the same restriction on workers. 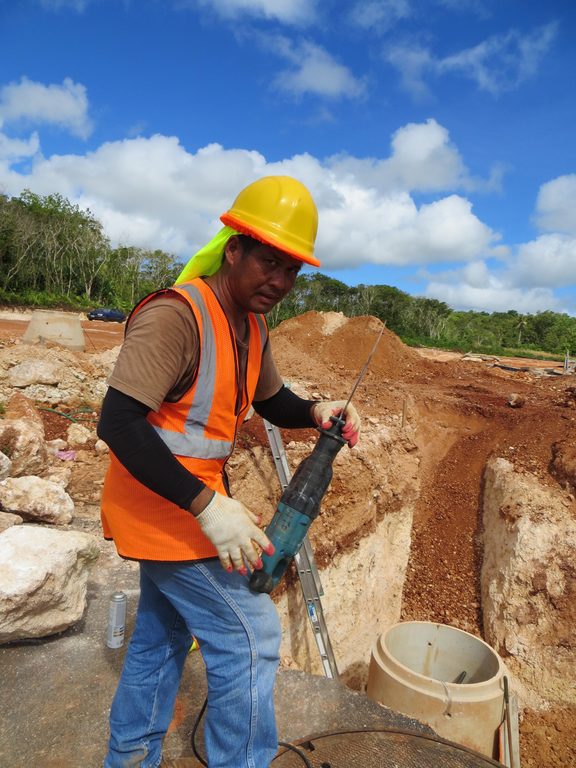 The temporary visa programme allowed for 3,000 H2-B workers on Guam in the previous year.

Due to the influx of military personnel and activity on Guam, Jennifer Davis said demand in the civilian construction sector will surge.

However, they're being hamstrung by the H2-B visa restrictions, she said.

"If we want to build another wing on the hospital to support healthcare for the additional population coming on to Guam, that's not a military contract but it's related to the influx of population coming to Guam."

Billions of dollars are being invested by the US military for the build-up.

However, military projects are not affected by the removal of the Philippines from the H2 visa programme according to the president of the Guam Contractors Association, James Martinez.

"We have what we call the National Defence Authorization Act which has appropriations for military spending and in this act for fiscal year 2019," he said.

"They had put provisions we could still bring in workers from the Philippines to work on the military related projects."

The proximity of the Philippines, said Mr Martinez, along with its cultural and religious ties makes it a very attractive labour source for both Guam and the CNMI.

"The decision from the Department of Homeland Security to remove the Philippines from the programme actually cripples the industry here on Guam."

The fact that English is widely spoken by the Filipino construction workers and they are trained to US building safety standards offers yet another level of appeal.

A lack of Filipino workers will mean a slowdown in construction which will have a domino effect, said Mr Martinez.

"The realtors aren't going to have any new homes that they can buy and sell, and that's where they generate revenue," he said.

"The banking industry, some of their revenues come from mortgages on loans they've put out to purchase new homes, and loans for construction."

A stable and buoyant construction workforce is needed in order to raise finance for new developments.

Guam's governor is lobbying Washington as the restrictions start to bite on the island's economy. 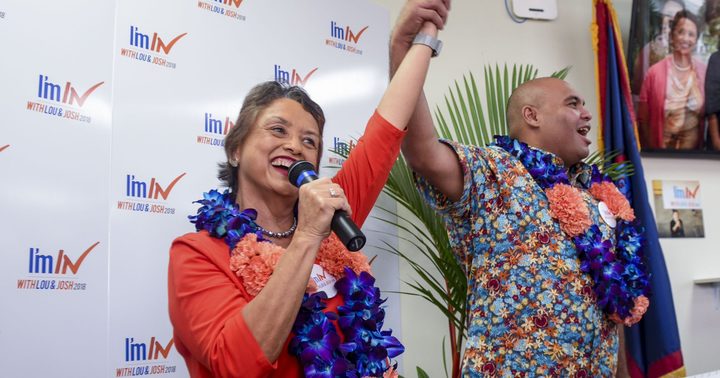 Lou Leon Guerrero has requested the territory be exempted from the US ban saying it places a difficult burden on them.

"We went from like 3000 construction workers to now literally zero and it's definitely impacting our economy and the cost of construction, the cost of building homes," she said.

The 40 percent overstay rate on mainland USA that caused the ban on Philippines workers is not relevant in Guam said the governor.

Civilian construction is in a desperate situation according to Jennifer Davis who joins the governor's call for help from the mainland.

"The labour crisis that we're suffering is definitely exacerbated by the recent legislation and ultimately we hope the folks in Washington DC will understand why we're different than the continental United States," she said.

"And why we should have some legislative provisions that provide for the special geographic nature of our islands."

Meanwhile RNZ Pacific's correspondent Mark Rabago in neighbouring CNMI said the restriction on workers from the Philippines poses a threat to the recovery from recent typhoons and to the booming tourism industry.

"Gaming was approved a couple of years back. There's been a boom in construction. Businessmen are coming here. The biggest investor is Best Sunshine or Imperial Pacific and they're building a $US7 billion casino complex all over the island," said Mark Rabago.

"So it's really unfortunate that the H2-B category was banned in the Philippines which is the CNMI's main source of labour."

Politicians from both US territories and the Philippines are lobbying Washington to try and resolve the deadlock before the construction crisis worsens.