A Samoan MP has called China's ambassador to the country a "cheeky boy" who should be deported.

The insult is just the latest in a war of words between opposition MP Olo Fonoti Vaai and Wang Xuefeng over the flying of the Chinese flag in Samoa. 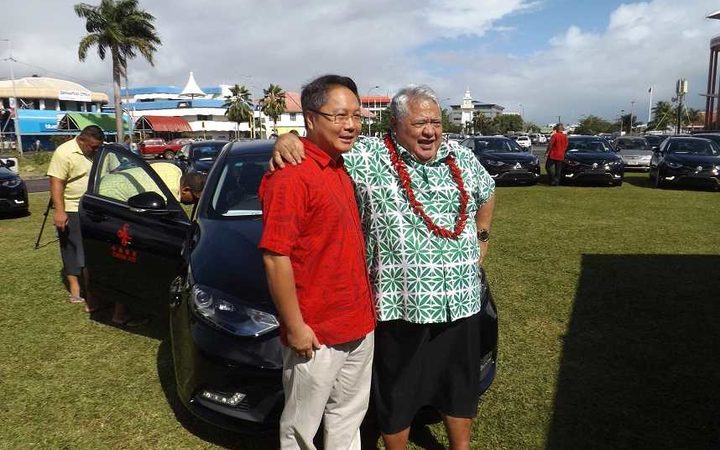 Last week, Olo called on the government to remove the flag from aid projects, which Mr Wang called "ignorant and ridiculous".

On Monday, Olo told the Samoa Observer that if he was Prime Minister he would put the ambassador on a flight back to China.

Our correspondent in Apia, Autagavaia Tipi Autagavaia says people in Samoa are growing more concerned with China's obvious presence there.

"There are people raising concerns over a number of Chinese businesses in the country, especially shops, and plus Chinese aid to Samoa and a number of contractors from China who have been awarded to build these buildings here," Autagavaia Tipi Autagavaia said.

It is common practice around the Pacific for aid projects to fly the flags of donors.