The burning of local police houses, which left two people dead, prompted a shootout with the gang in which another person was killed.

For months, police have been unable to capture Baker who is linked to a string of armed hold-ups, piracy and murder.

"It's a clear indication that confidence in police for the public is not there. Therefore we're facing a lot of situations here," George Bayagau said.

"Now this Tommy Baker man, his actions and his going about his life, it's touched many people, people both in high offices, businesses and down to (grassroots). So he is confident he can move around."

"So who knows? People out there may have connected with him. So he may be using that advantage to move around and do anything," said Mr Bayagau.

Chief Inspector Bayagau said Baker has told local people his target is not them but strictly the police.

"Whatever he does, he's telling the people that 'I am not here for you, but I am here for the policemen," Mr Bayagau explained.

Public anger with police increased in Alotau last November after an accident when a police vehicle ran over and killed a mother and her child.

The police commander said that Baker had been able to manipulate the anger.

"And that has sparked off the whole thing, when the police were involved in the vehicle accident, and he was right in there with the people. He's done everything possible using the community, the public, and he attacked the police."

Mr Bayagau, who said that the Baker gang had gained a large following and accumulated a significant stockpile of arms, suggested that the wanted criminal couldn't have escaped custody three times without assistance.

"I will say here, when he escaped, all that is suspicious now. And this time he has escaped from Port Moresby, so you can see he can tie strings with the security agents, that is the police or the corrections service or who ever it will be.

"So he is using that advantage so he is becoming more powerful and all that." 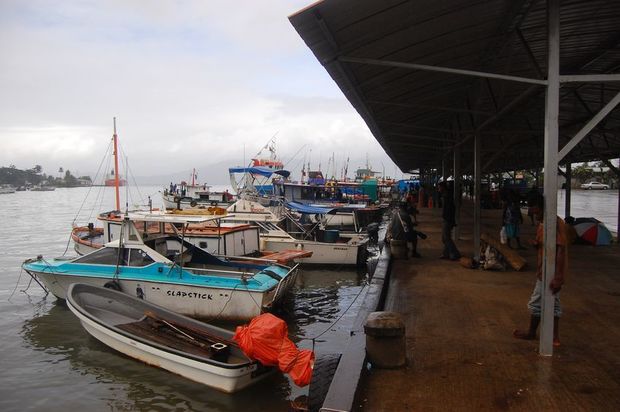 Chief Inspector Bayagau said he is confident the reinforcements would help his local contingent maintain law and order because before now, they had been totally outnumbered by the Baker gang.

Meanwhile, he said the public should not only blame the police for the law and order crisis in Alotau.

"They must also carry this burden for harbouring criminals who continue to commit various serious crimes including murder and armed robbery in Alotau."

Alotau authorities are expected to enforce a curfew in the coming days.