The Australian Prime Minister Scott Morrison and his Assistant Minister for International Development and the Pacific Anne Rushton have landed in Vanuatu for an historic visit. 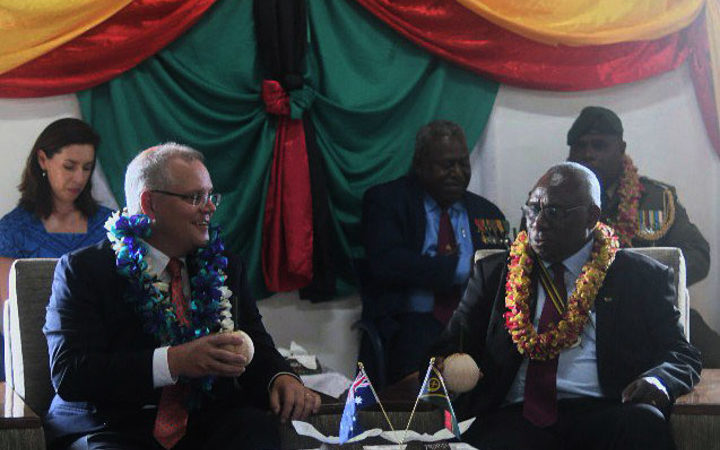 It is the first bilateral visit to Vanuatu of an Australian Prime Minister and the first since Bob Hawke attended the Pacific Islands Forum meeting in 1990.

In a statement Mr Morrison said his first international engagements of the year reflect the depth of Australia's commitment to their Pacific neighbours.

He said Australia enjoyed a close relationship with Vanuatu and he looked forward to working with Prime Minister Charlot Salwai to reinforce Australia as Vanuatu's economic, development and security partner of choice.

Mr Morrison will travel to Fiji on Thursday.

He said that visit will elevate the bilateral relationship between the two countries.

Mr Morrison said he is committed to stepping up Australia's engagement in the Pacific to support a stable and prosperous region.