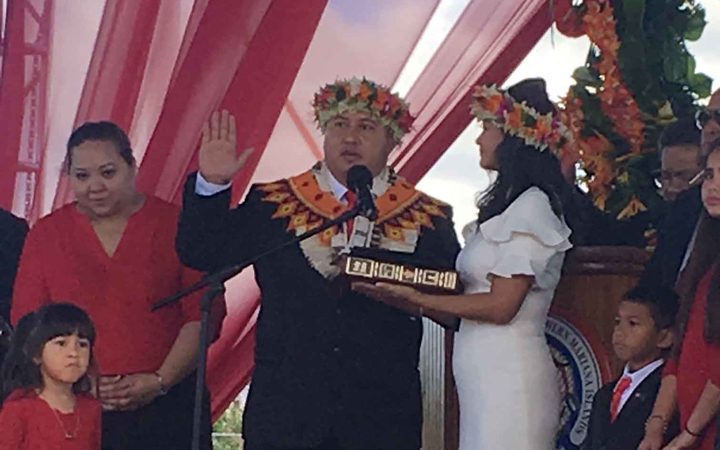 Mr Torres, who became governor in 2016 after the death of Eloy Inos, took his oath at the southern end of Saipan, which together with Tinian was hit hard by Super Typhoon Yutu in late October last year.

Mr Torres and his deputy, Arnold Palacios, thanked both federal and local agencies for helping the CNMI recover relatively quickly -- compared to Super Typhoon Soudelor in 2015 -- from the strongest typhoon to hit the territory since 1939.

The members of the House of Representatives and the Senate were also sworn in today.