The former Papua New Guinea men's football coach Flemming Serritslev says he is still owed one year's salary more than 15 months after leaving his role with the national team.

The Danish coach was appointed Kapuls mentor at the start of 2016 and led the team to a runners-up finish in that year's OFC Nations Cup in Port Moresby, losing the final on penalties against New Zealand. 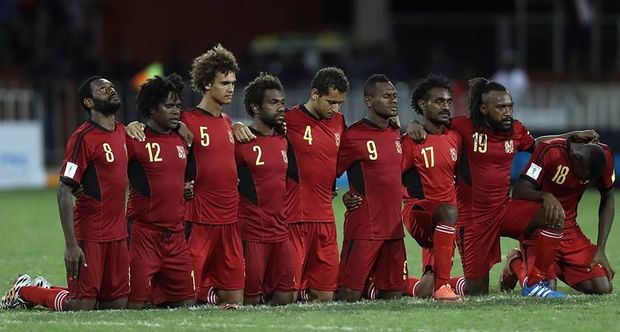 PNG players on edge during the penalty shootout. Photo: OFC via Phototek

He said it remained the highlight of his tenure.

"When I look back at the match we had against New Zealand in the Nations Cup final I think everybody that saw the match would say that we could even as well have won, as New Zealand could have won, and suddenly PNGFA would have been in the Confederations Cup in Moscow," he said.

"Imagine this: we were a penalty from participating in, I would say, the second biggest football competition in the world." 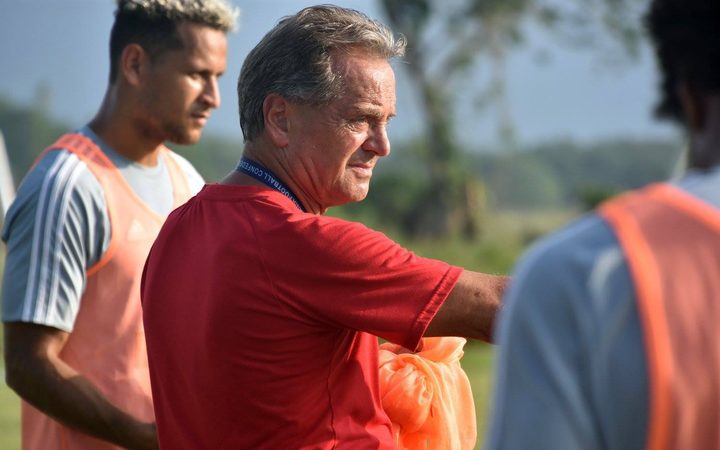 However, a dispute between the Papua New Guinea Football Association and the breakaway body Football Federation PNG, over the future direction of the sport in the country, meant he was unable to select a full-strength squad, with players aligned to "rebel" clubs making themselves unavailable for the national team.

"There were actually 10 players out of my squad of approximately 25. Of course not all of them were in the normal line-up but at least five of them were regular starting eleven players."

"For me it was a very strange decision from those players because representing your country, playing for your country it's absolutely the highest you can acheive in football so, for me, it was totally unimaginable what happened at that time.

"After that time we were voted and honoured as the best PNG team of the year and exactly on the day we should have this honour hooligans stormed our training camp and disturbed our training before preparing for a match," reflected Serritslev.

"It was unbelievable what happened that your own national team had to leave the pitch because some hooligans stormed the pitch and tried to destroy our training. I've never in my life experienced anything like this and the guards who should take care of the safety of the players they absolutely did nothing." 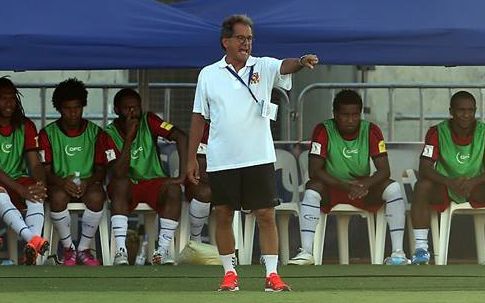 Flemming Serritslev issues instructions during his time with PNG. Photo: OFC via Phototek

PNG's last international fixture was a FIFA World Cup qualifying defeat against Solomon Islands In June 2017 and shortly after Serritslev left the country, three months before his two-year contract expired.

"I left in the middle of September because there was no money for activities at all," he said.

"We couldn't, for example, have training camps, there was no money for friendly games and there's no reason for me to walk around in PNG...and so on so we made a mutual agreement that I left."

"My conscience is totally ok. I feel I have done whatever I could under the given circumstances in PNG but of course I have the feeling that we could have achieved even more with this team," reflected the former Denmark assistant coach.

"Not just with this team but PNG can achieve much more in football than has been the case until now but it takes that people really want to do everything they can for football and football is the main thing and not personal positions is the main thing."

Flemming Serritslev is yet to be paid for the final year of his contract but remained hopeful that will be resolved.

"The only person I'm in contact with in the PNGFA is the accountant lady on email and she's absolutely trying to do her best," he laughed down the line from Armenia.

"I have to say sometimes I really feel sorry for those who are employed in the PNGFA because it is a daily fight for them to survive and I'm sure I'm not the only problem about not having had my salary. I'm sure after having the Under 20 World Cup for women (in 2016) there's a lot of bills to be paid."

Since leaving Papua New Guinea, Serritslev has been run the first FIFA Pro Licence coaching course in Iran and is likely to do the same in Malaysia next year.

The 71 year old said he still had the desire to coach at international level and admitted, while it was unlikely, there is a chance he would consider returning to his old job.

"If everything came to normal, so to say, it would actually be ok for me because, in my opinion, it's a place where you can actually achieve a lot as a coach because there are so many unidentified talents," he said.

"When you find them you can really make a great team that will be able to compete (at the) absolute highest level in the region. You also have to have in mind it's the most populated country in Oceania."