The United States is seeking a higher catch limit for bigeye tuna by its Hawaii-based longline fishing fleet. 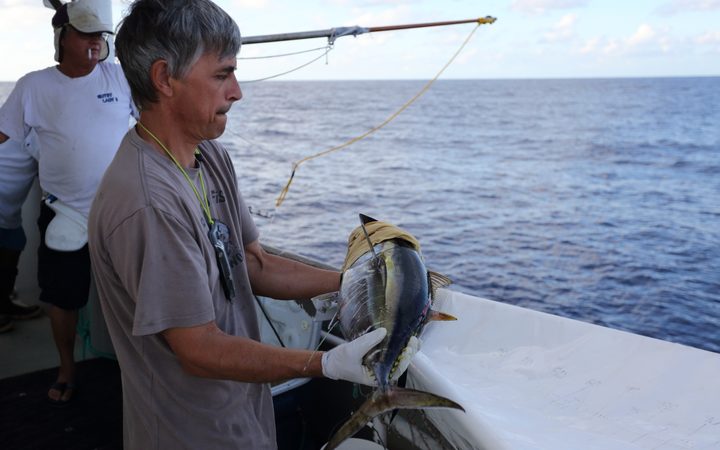 A bigeye tuna is released with after inserting an archival tag. Photo: SPC/FABIEN FORGET

It made the call at the annual meeting of the Western and Central Pacific Fisheries Commission (WCPFC) taking place in Honolulu this week.

The move comes as Pacific Island nations through their two main inter-governmental fishing agencies have made it clear they are not willing to increase the total bigeye catch in Pacific waters.

In its proposal to the 27-member rule-setting body the United States highlighted the significant levels of monitoring and control it maintains in the fishery, outperforming other members of the Commission.

The Marshalls fisheries department director Glen Joseph said he is happy to see that the purse seine fishing industry has begun taking action to modify fishing gear to reduce by catch of bigeye tuna. Here, a purse seiner off loads its tuna catch in Majuro. Photo: RNZI / Giff Johnson