A fishing vessel was on fire in Pago Pago harbour in American Samoa today.

The purse seiner, Jeanette, which only docked two days ago and reportedly had still to unload its cargo, was smoking at the wharf this morning. 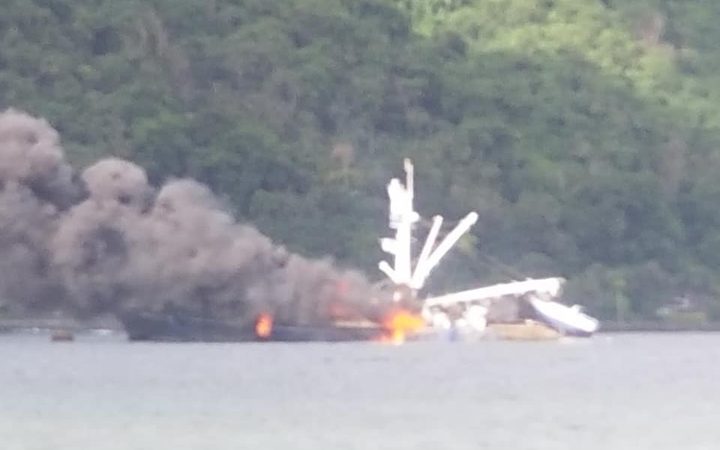 Initial attempts were made to fight the fire while it was docked but the vessel was later towed out into the harbour and it appeared to still be burning late into the afternoon.