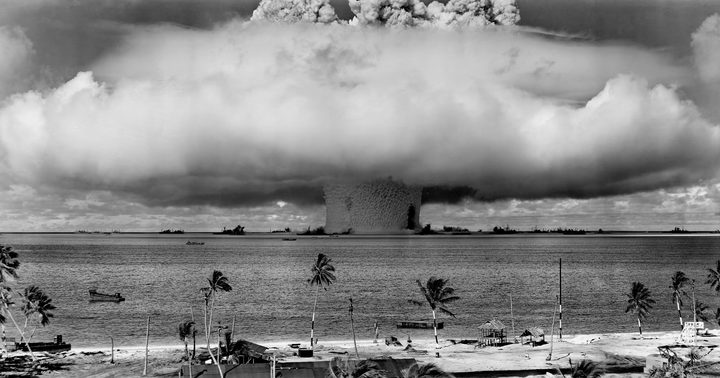 Mushroom-shaped cloud and water column from the underwater nuclear explosion of July 25, 1946, which was part of Operation Crossroads. Photo: wikipedia

Beatrice Fihn who is the director of the International Campaign to Abolish Nuclear Weapons, or iCAN, said they posed more of threat now than ever.

Ms Fihn said the risk of world leaders authorising their use was increasing as was the threat from accidents and misunderstandings.

Ms Fihn said there was also the possibility of nuclear disaster through the effects of climate change.

"We have this dome in Marshall Islands where they contain the radiation from the nuclear test sites there that is now starting to... could be breaking because of rising sea levels. So those two issues are really tied into each other in the region and can significantly harm even without nuclear war happening," she said.