Papua New Guinea's Foreign Minister has denied reports that Chinese officials barged into his office during the APEC summit at the weekend. 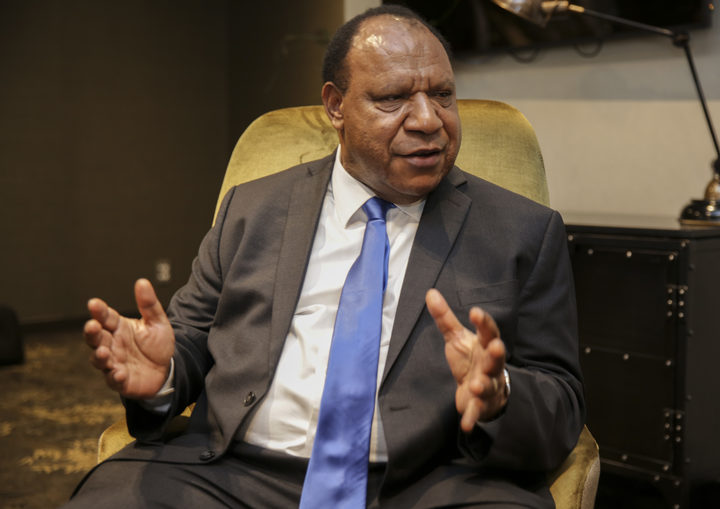 The APEC meeting in PNG's capital Port Moresby ended in controversy, with leaders unable to reach a consensus on trade and deciding not to issue their usual joint communique.

According to the ABC, four Chinese officials visited Rimbink Pato's office at the International Convention Centre to discuss the wording of the APEC final communique.

After they were denied a meeting, the Chinese officials reportedly barged into Mr Pato's room, when security was called and the officials had to leave.

But a spokesman for Mr Pato's office told RNZ Pacific that the report was exaggerated, and that the Chinese did not push their way into the room.

He said Mr Pato had told the Chinese it was not possible to meet at that time because as chair of the APEC Ministerial meeting he had to remain impartial.

Officials of the APEC economies were elsewhere drafting the statement from the meeting at the time.

The spokesman said when Mr Pato's decision was confirmed, the Chinese left the area.

Minister Pato has said it was "not an issue". China also denied the report, commending PNG's leaders for their conduct in hosting the summit.

Frictions between US and China

PNG's prime minister Peter O'Neill conceded that differences regarding World Trade Organisation matters between the US and China had been the reason for the absence of a communique.

PNG instead released a chairman's statement.

Earlier, US Vice President, Mike Pence, used his speech at the summit to criticise China on trade, its advances in the South China Sea, and its development assistance in the Pacific which he described as debt trap diplomacy.

"We don't drown our partners in a sea of debt. We don't coerce or compromise your independence," he said of China's Belt and Road infrastructure development initiative. 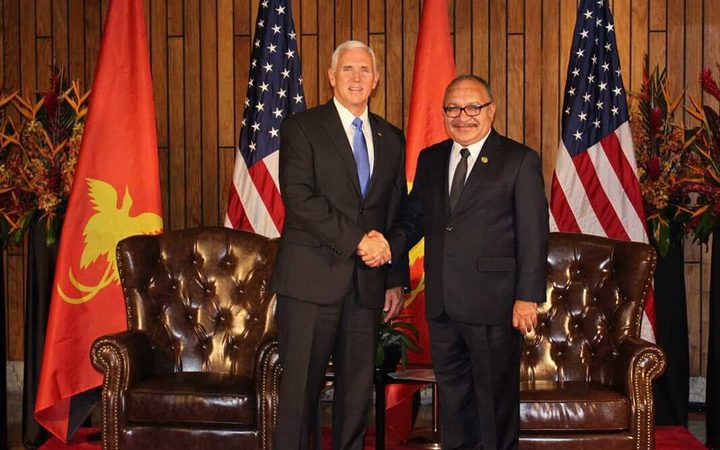 In his speech, Chinese President Xi Jinping took a swipe at the US as he espoused the merits of free trade.

He described US protectionism as an approach bound for failure, and defended China's development initiatives in developing economies.

On the sidelines of the summit the US announced a programme to bring electricity to 70 percent of PNG. Australia, Japan and New Zealand were also to help in the project.

The US also announced it would join an initiative with PNG and Australia to develop a naval base on Manus Island.

Chinese Xi meanwhile met with leaders of seven Pacific Island countries on the sideline of the summit, committing to strengthen co-operation in trade and tourism.

The Pacific leaders spoke with Xi about issues of climate change and illegal fishing, as well as as their infrastructure development needs.

Details of the meeting remain scarce, after dozens of accredited local and international journalists were turned away despite being invited to attend by PNG officials.

Chinese officials said they had not been informed of the host's plans and had to limit media numbers.