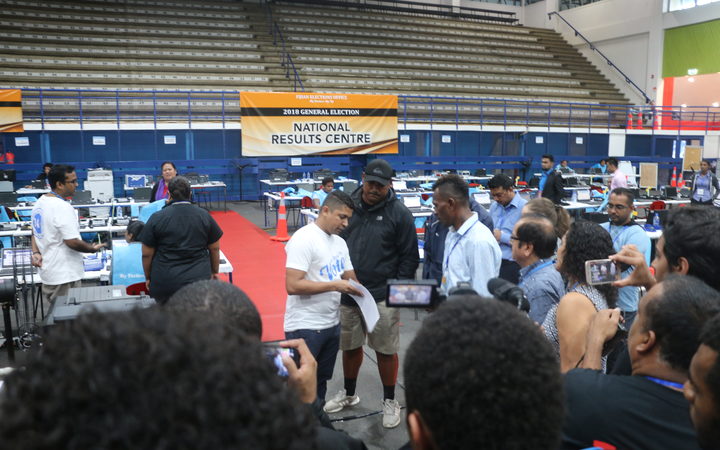 The Supervisor of Elections in Fiji Mohammed Saneem carrying out a system 'flush' before announcing the start of official counting on Thursday Photo: RNZ Pacific/ Koroi Hawkins

Frank Bainimarama and Sitiveni Rabuka were neck and neck on Friday night as final counting continued in Fiji's election.

More than 48 hours after polling stations closed on Wednesday, results from just under half had been tallied up.

Mr Bainimarama's FijiFirst was on 45.73 percent, Mr Rabuka's SODELPA was on 44.58 percent and the National Federation Party had 6.82 percent.

7800 voters are due to vote again on Saturday after heavy rain and floods forced their polling stations to close.

It would be at least Sunday before a final result was known, elections authorities said.

Provisional results phoned through on Wednesday night to the National Results Centre in Suva from polling stations around the country indicated a slender majority for Mr Bainimarama's FijiFirst party.

The party won a landslide victory with 60 percent of the votes at the last election in 2014.

The provisional results are not a full tally and do not take into account about 80,000 ballots cast by voters in remote areas last week and sent in by post.

The National Federation Party is the only other party to have made the threshold into parliament so far with nearly seven percent of the vote.

"Transparent and credible" to date

International observers monitoring the Fiji election said they were confident voters had been able to exercise their right to vote freely. 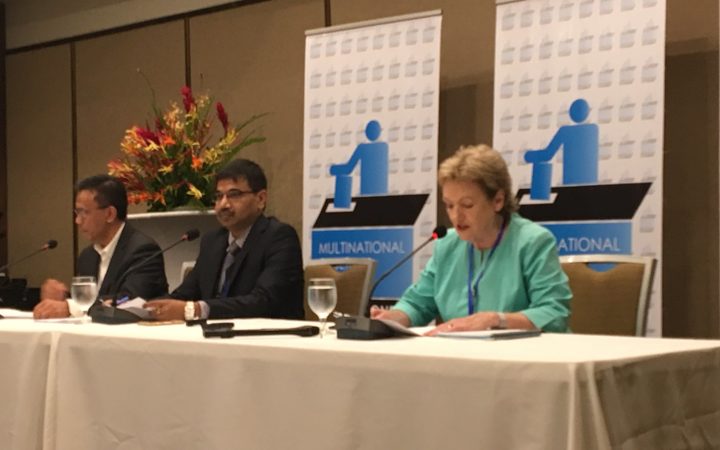 The MOG says Fijian electoral processes to date have been transparent and credible. Photo: Twitter/ Sally Round

The group noted some issues but said the process to date had been transparent and credible, according to an interim report presented on Friday.

Observers would be at stations to observe the extra day of polling, said Multinational Observer Group Co-Chair Jane Prentice.

The group heard from opposition parties who had complained about the provisional results system.

The four parties have also written to the Electoral Commission calling for a blackout on the elections to be lifted so people and the media could comment on the conduct of the elections.

The blackout which started on midnight Sunday was extended until after the close of polling on Saturday.