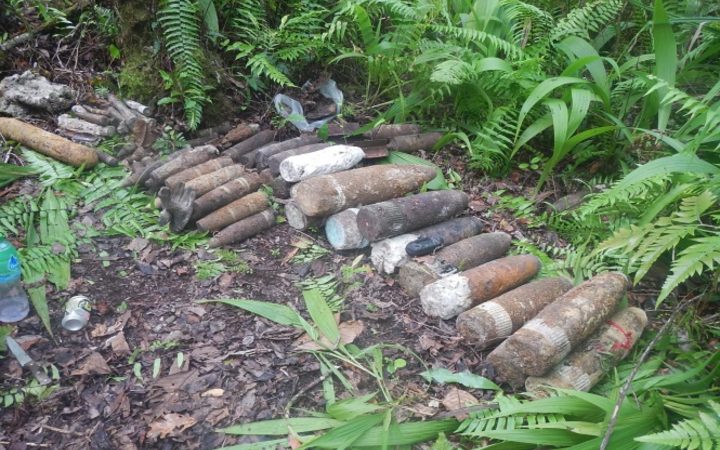 Some of the unexploded ordnance Photo: supplied by RSIPF

The Solomon Star quoted the officer in charge, Inspector Clifford Tunuki, saying the planned detonation sites are at Ringgi in Kolombangara and Munda on New Georgia.

He said the ordnance, which was more than 75 years old, posed a threat to the local population.

Inspector Tunuki said they were appealing to people living in and around those areas to keep away from the bomb blasting sites until the operation was completed. 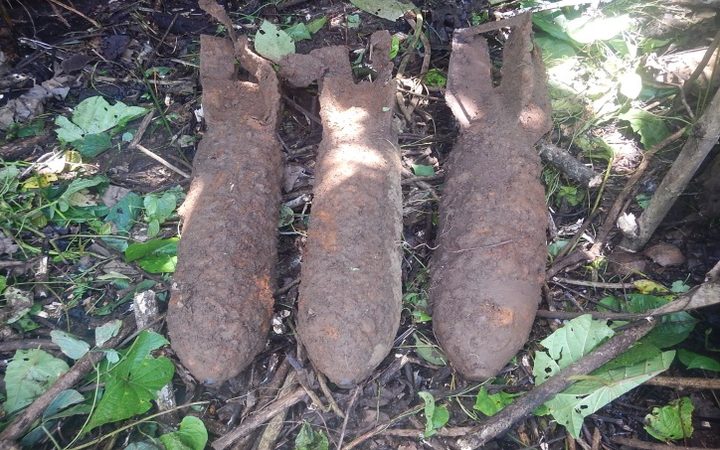 Japanese bombs at Ringgi on Kolombangara Photo: suppled by RSIPF