The Cook Islands prime minister has urged the international community not to be deterred by a minority of countries reluctant to decarbonise. 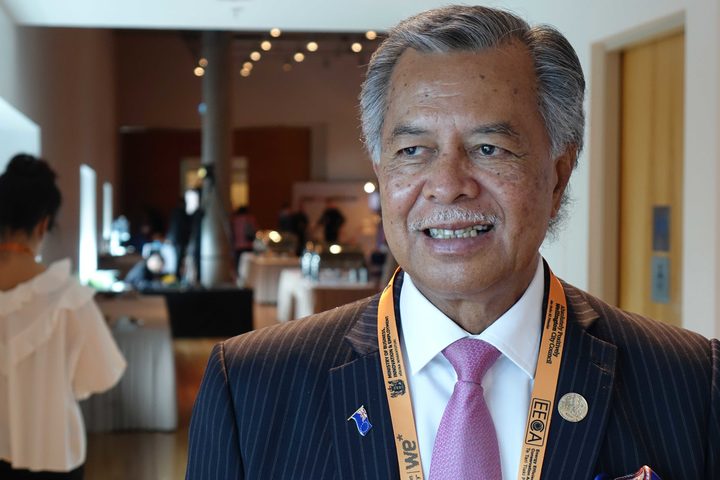 Henry Puna was among the speakers at the Asia Pacific Energy Leaders' Summit this week in Wellington.

International energy sector leaders and government officials attending the summit have been discussing the challenges and opportunities in the transition away from fossil fuels in the global energy system.

Mr Puna said that small countries like his were doing their bit to make the transition.

The Cook Islands has made significant strides with installing solar power infrastructure in outer atolls, and had now converted about 80 percent of the country's energy generation to renewables.

But the prime minister criticised the United States administration for pulling out of the Paris Climate Agreement.

Of those unwilling to take action against global temperature rise, such as US president Donald Trump, Mr Puna said "if I could eject him to another planet, I would".

After his speech, Mr Puna said he was heartened by the world community's commitment to the Paris agreement.

"As you can imagine, (we're) a bit disappointed now that one or two have decided to pull out," he admitted.

"But it's good that although officially those countries have pulled out, the citizens of the country are, you know, still committed to the principals of the Agreement, so there's hope." 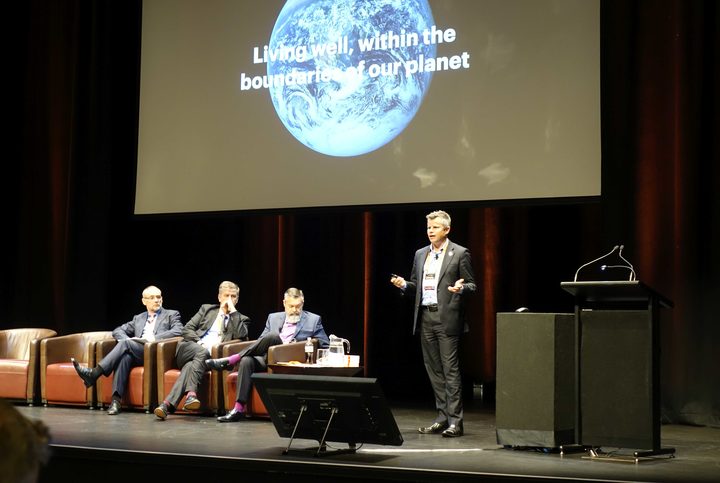 But he said that from the Cook Islands' perspective it was best to not worry too much about what other countries did in their response to climate change.

"If you worry too much about things you can't control, what's the point? Because you're not going to make them change their minds," he said

"So for me it's important to concentrate on what we can do to show leadership on this issue. And I think we've done that.

"Hopefully by our leadership, people who don't want to listen or change can change their direction."

With the Cook Islands well on track to meet its goal of going 100 percent renewable energy by 2020, he said the country faced a challenge with the solar power systems with storage.

"We're looking to Australia to provide some guidance. The project is in the Snowy Mountains... a hydro-storage project, and it's one that we're looking at for Rarotonga."

Road transport was another challenge the country would soon take on, he explained.

Mr Puna said with the small size of his country's islands, it should be easy to introduce electric vehicles.

New Zealand's Minister for Climate Change, James Shaw, told the summit that the transition away from fossil fuels was a big opportunity for productivity that could not be denied.

This was echoed by business leader, Hamish Reid of New Zealand-based dairy producer Synlait, who said his company viewed its pledge to reduce carbon emissions as a great opportunity for innovation.