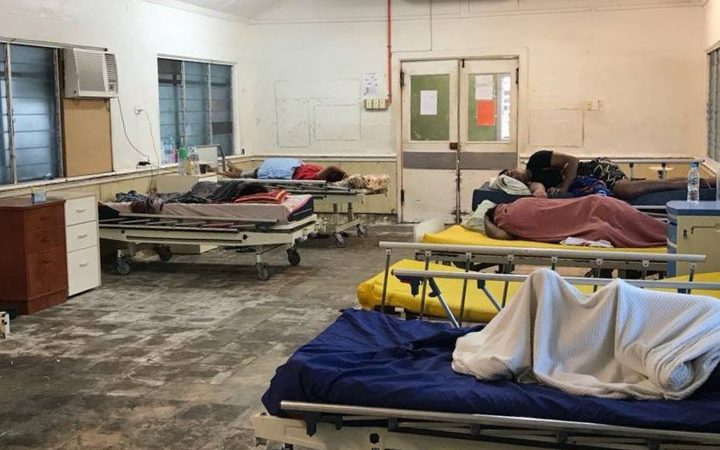 A ward at the RON Hospital on Nauru Photo: Asylum Seeker Resource Centre

The Nauru government has rejected a claim that it's blacklisting members of the Nauru 19.

A permanent stay was recently placed on charges the group was facing over an anti-government protest in 2015.

The judge in the case described a blacklist maintained by the government to ensure the group would struggle to find employment and be handicapped in other ways.

But the government said there was no directive of this kind from the minister and that the department would never deny medical treatment to any person on Nauru.

It said Mr Batsiua's claim that it's blacklisting the 19 is completely unfounded, and clearly politicised.

Mr Batsiua also said the former president and Nauru 19 member Sprent Dabwido was overseas waiting for cancer treatment that the government was yet to authorise.

The government said Mr Dabwido was approved for an overseas medical referral in July, however during the process he chose to relocate to Australia, opting to organise the referral externally without the assistance of the health department.