The superintendent at a marine reserve near Hawaii says she was astounded when she learned a hurricane had wiped out an entire island in one night. 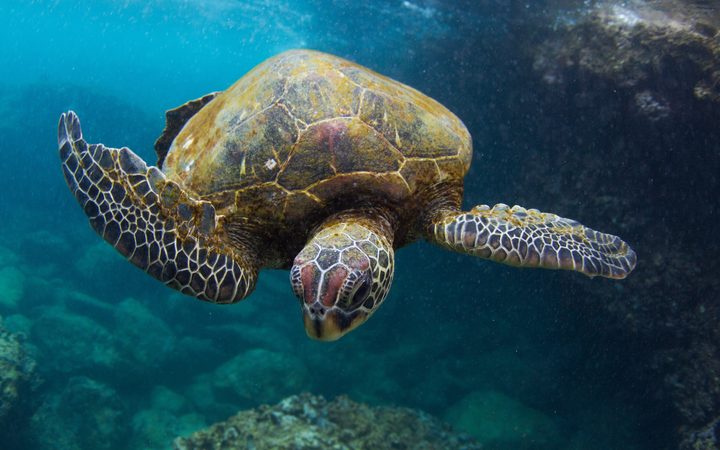 East Island was a remote sand spit that sat atop a coral reef in the French Frigate shoals in Papahānamokuākea marine reserve.

But a couple of weeks ago, Hurricane Walaka - a category five storm - slammed directly into it, and washed it off the map.

Athline Clark said it was the primary ground for the threatened Hawaiian Green Turtle, as well as endangered monk seals and albatrosses.

"All of us were taken aback. We were like 'oh wow, man' and the next thing is: 'what does this mean and what's the long term of this?' You know, many many other questions that come to your mind almost immediately because of the significance of the island to wildlife."

She said it was soon to know effect the loss of East Island will have.

"We may have a year or two of 'uh oh what now?' But we don't really know what those long-term effects are to that particular site, [and] we also don't know if it will come back. But it also means that the other nesting sites for turtles are just that much more important."