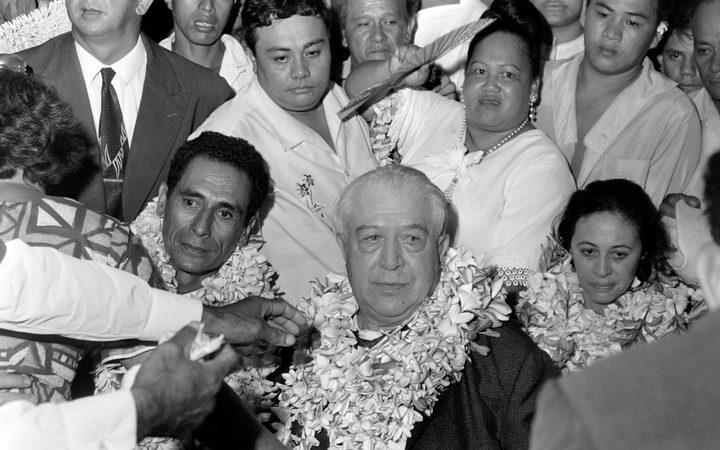 In this file picture taken in Papeete on December 9, 1968 French Polynesia politician and Tahitian nationalist, Pouvanaa A Oopa is greeted with garlands after his return to French Polynesia following his pardon by then President Charles de Gaulle. Photo: AFP or licensors

France's court of revision has quashed the conviction of the late French Polynesian politician and father of autonomy, Pouvanaa a Oopa.

In 1959, Pouvanaa was jailed for eight years and exiled to France for 15 years after he was found guilty of fomenting unrest while he objected to France's plans to start testing nuclear weapons in the Pacific.

However in 1968, he was pardoned by the French President Charles de Gaulle and allowed to return to Tahiti.

Elected to the French Senate in 1971, he died six years later, still professing his innocence.

In 2014, the French justice minister Christiane Taubira set in motion a process to reconsider the case based on new evidence.

It emerged that testimony by police was fabricated or extracted under threat of violence to incriminate Pouvanaa.

It was also revealed that the French governor posted a note of Pouvanaa's arrest for burning down Papeete while he was still free and the fire had not yet been set.

Today a statue in Pouvanaa's honour is in front of the territorial assembly and a key street in Papeete is named after him. 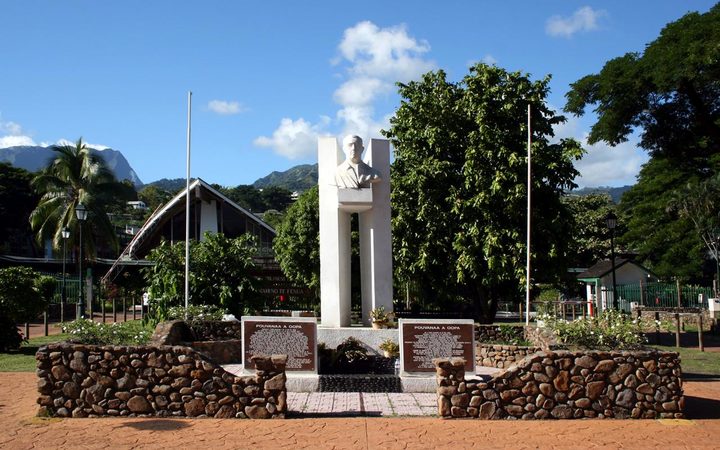 The memorial to Pouvanaa a Oopa in Papeete Photo: Wikimedia