Damaging winds of over 200 kilometres per hour are being forecast for the Northern Marianas as Tropical Storm Yutu approaches. 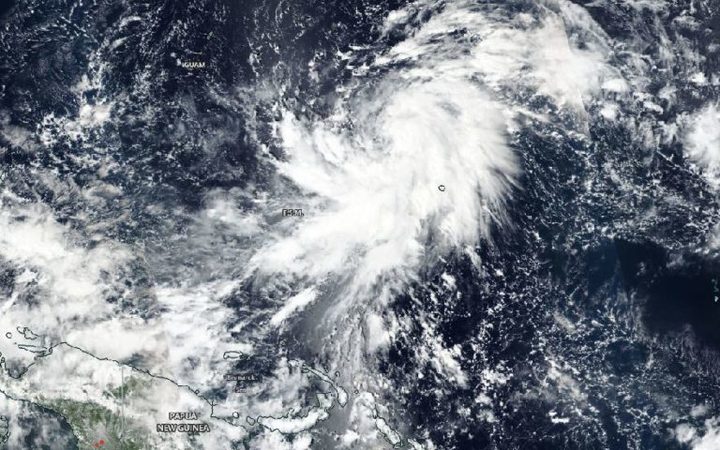 The National Weather Service said Yutu is expected to become at least a Category 3 Typhoon and pass to the south of Saipan on Thursday morning.

Meteorologist Brandon Aydlett said the storm was expected to pass to the south of Saipan on Thursday morning with strong winds impacting the CNMI from Wednesday night.

"We could see similar conditions so we are working with the civil defence officers and emergency management to go ahead and get people moving on preparing for the storm; bringing in loose objects. securing any boats that they may have in the harbours, in the waters; and definitely don't delay for preparations."

Brandon Aydlett said the CNMI was still trying to recover from a September storm which devastated parts of the island of Rota.

"They're still recovering from some typhoons earlier in the year so there are existing downed trees and if Saipan and Tinian get a direct hit out of this 125 mile per hour (201 kmph) storm, there's going to be some pretty significant destruction."

CNMI Governor Ralph Torres has issued warnings for the islands of Saipan, Tinian and Rota.

The National Weather Service has also advised the people of CNMI to prepare by bringing in loose objects and securing boats.