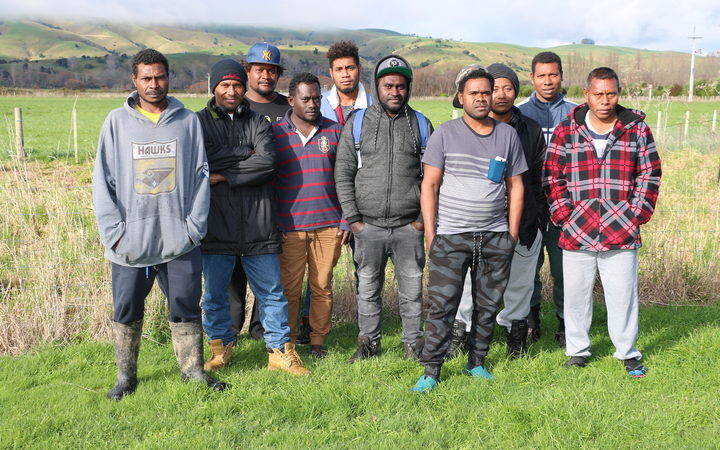 Job done. Tony Analau, first on the right, and some of the Solomon Islands men in his charge getting ready to head home after a successful season. Photo: RNZ Pacific/ Koroi Hawkins

The countries discussed the idea at length during recent regional talks on labour mobility in Honiara.

A regional secretariat is being considered as a vehicle to streamline the systems around how Pacific Islanders participate in seasonal labour in New Zealand and Australia.

About 11,000 Pacific Islanders work in New Zealand's horticulture and viticulture industries each year under the Recognised Seasonal Employer Scheme.

These workers remit between $US22 million and $US27 million a year to their home countries.

According to Matangi Tonga, the Pacific countries are considering a regional secretariat as potentially also a PACER Plus trade deal office.