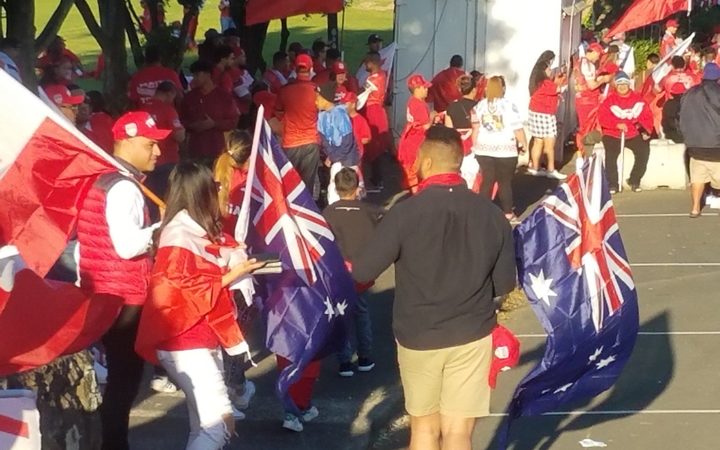 Mate Ma'a Tonga say they are ready to take on the Kangaroos in tonight's historic sold out rugby league test in Auckland.

The match was only confirmed last month but all 30,000 tickets were snapped up three days out from kick-off, the first rugby league Test match between the two nations.

Yes ladies and gentlemen...there are a small amount of Australian flags around...but very much drowned in the sea of red. #MMT #tongavsaustralia #RoosTonga pic.twitter.com/7mJ1hAP0J0

Nearby streets have been blocked off. Most people walked a couple of kilometers to the stadium. The Tongan tide is coming in like a flood! @RNZPacific @rnz_news pic.twitter.com/D7MjzqXpHy