by Kelvin Anthony in Suva 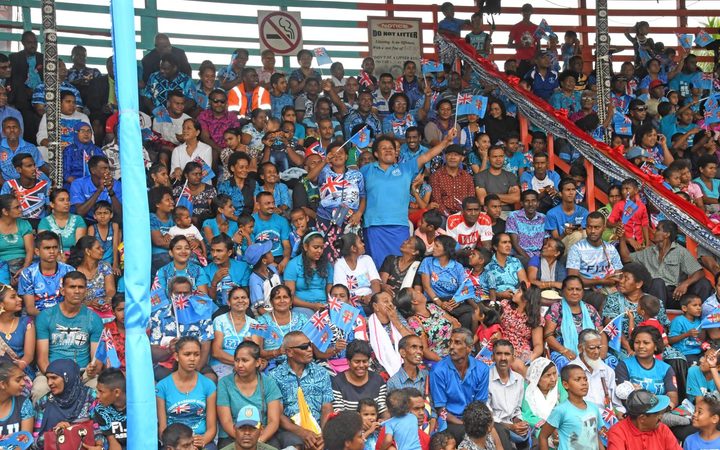 The cost of living, family problems and the price of property are just some concerns of Fiji's younger people ahead of the Fiji election next month.

With more than half of all registered voters under the age of 40, their turn out in force could determine the results of the 2018 Fijian election.

According to statistics released by Fiji's elections office, 334,303 Fijians between the ages of 18 and 40 have registered, 52 percent of the total.

RNZ Pacific received a mixed reaction when asking young voters about their expectations and participation for the 14 November poll.

While some young people were open to sharing their political opinions, others spoke only on condition of anonymity.

Twenty-year old, Milly Tanya Wise from Suva, said she was "not really in the mood" to vote this year.

"I don't like what the government is doing. Like for FijiFirst, I don't like any of them at all and for SODELPA, first they need to settle all the differences amongst themselves," she said.

The biggest challenges faced by young people in Fiji were family problems, according to Ms Wise.

"As you can see that most young people are living on the street today due to family problems from home, for example, parents are always fighting or things at home are always unstable or maybe even they are always abused from home," she said.

Another 25 year-old man from Fiji's Ra province, studying to become a schoolteacher, also said he would not vote.

"I will be a government worker next year, so if anything I will be in problem," he said.

"I think voting is just wasting time on electing a prime minister who never looks after the people's health and wealth. They only fill their pockets but never improve anything.

"It is only good for the rich people. What about the farmers? It is better to stay on your own and not elect people who never think of others," he added.

A 28-year old finance worker from Suva, who also did not wish to be named, said she was undecided on whom to vote for because of the results of the last elections.

"I voted during the 2014 elections but it was a wasted vote. Your party needs a five percent or higher threshold to make it into parliament. I voted for one of the small parties last time and my candidate did not make it," she said.

A key issue for her this election is the cost of owning a property in Fiji.

According to her, "market prices of properties in Fiji is being influenced by overseas buyers, mainly Asians, making it even harder for locals to purchase properties."

She said Fiji needed to be able to "train and retain our locals to carry out work that are currently being given to expatriates because of their qualifications."

But for a 30 year-old Suva nightclub worker, Sharvindra Sharma, "every vote counts if you want a better future."

Mr Sharma said he wanted a good government to lead the country and he said he would vote for the FijiFirst party again.

"As a young father, my main issues are the cost of living is a bit high, especially food is expensive nowadays. If this problem is solved then it will be a great help to everyone," he said.

"I will vote FijiFirst again because this party has given freedom and equal rights to every citizen of this country, unlike some other parties which have tried dividing people, and has done a lot of development since they were in power for the past years," he added.