The environmental group Global Witness is calling for a moratorium on all logging operations in Solomon Islands.

The group on Thursday released a report detailing extensive illegal logging in the country, with China its biggest export destination for tropical logs.

The report said logging companies are operating without the permission of local landowners, in prohibited places and without paying taxes owed. 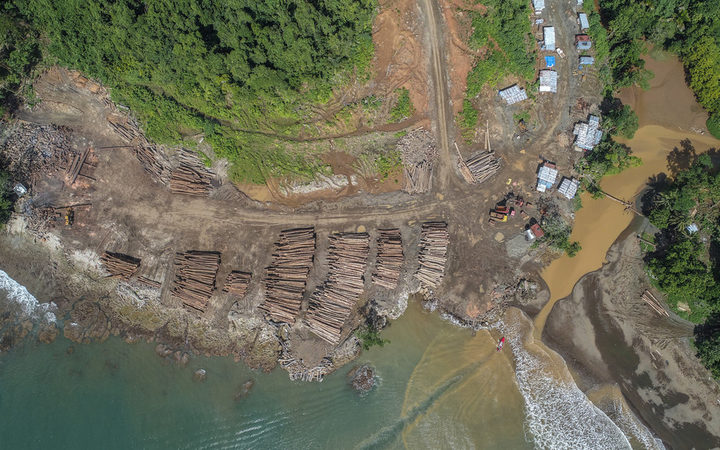 Aerial photo of the coast of the Solomon Islands showing a log landing area with lots of piles of logs waiting to be picked up by boat, plus some logging machinery and huts Photo: Alessio Bariviera

"If the logging practice continues at its current speed, its forest, it will be commercially extinct, exhausted by 2036. This is a really alarming figure all of us need to be aware of."

Tropical forests in Solomon Islands are being logged at nearly 20 times the sustainable rate, with Chinese imports accounting for more than half of that, according the the report, Paradise Lost, which mainly draws on satellite and drone imagery.

"It's not really an area that's been looked into much in the past and we'd really like to shine some light and bring some attention to this." 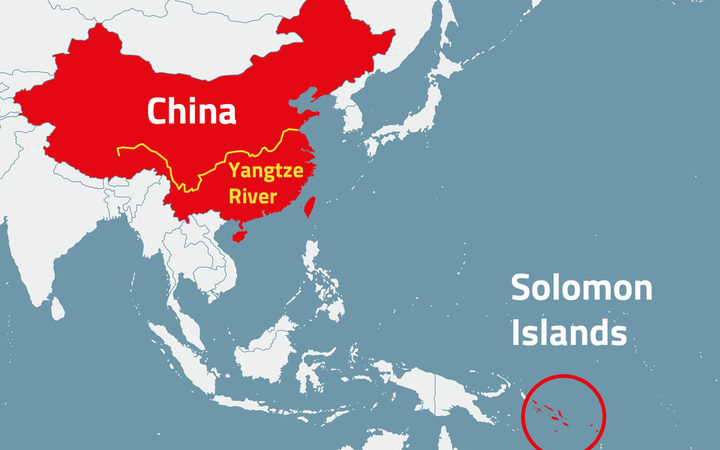 In 2017, Solomon Islands exported more than 3 million cubic metres of logs, with the country smothered in more than 12,000km of logging roads.

While most logging in Solomon Islands, like in PNG, is carried out by Malaysian companies, the two countries make up 50% of China's tropical log imports, said Ms Yin.

In recent months, violent disputes have broken out over logging in Solomon Islands, as tensions rise between frustrated local landowners and foreign workers which have been granted consent to operate in the country.

On Wednesday, a man was charged with attempted murder after he was alleged to have stabbed an Asian man involved in logging in Malaita province.

"The main risk really is the lack of consent when the permit is being issued and when the logging takes place, where local landowners may not even be aware," said Ms Yin.

An August report by a separate NGO, WorldFish, highlighted the sexual exploitation of females as young as 12 years old by foreign logging workers in Malaita. 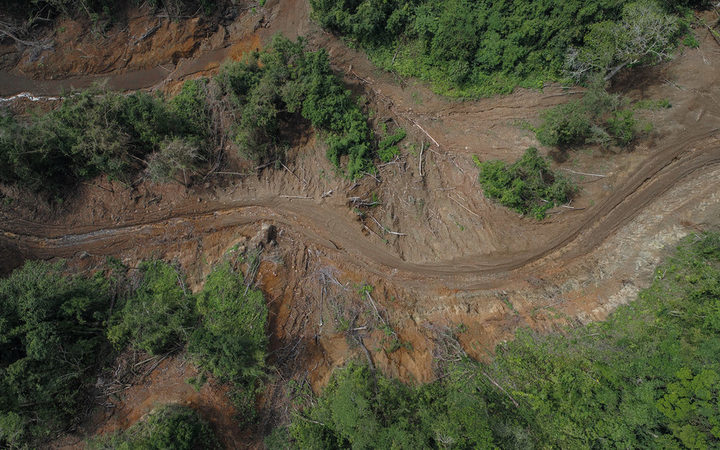