Members of the Vanuatu Community Parole Board are in New Zealand for a week of professional development. 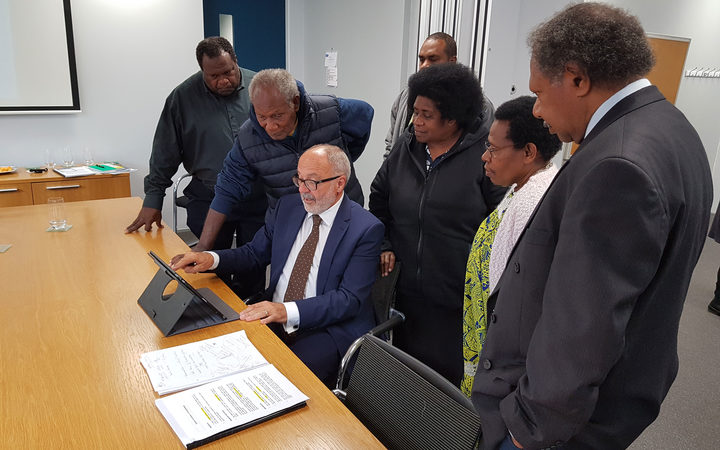 Vanuatu is one of the few Pacific jurisdictions with a functioning probation and parole operation.

Its parole board was set up in 2006 with help from New Zealand as part of a long-running partnership with Vanuatu to establish its corrections system.

The New Zealand board's chairman Sir Ron Young has extensive experience conducting judicial training in the Pacific, and sitting as a judge of both the Solomon Islands and Vanuatu Courts of Appeal.

He said this week's programme was a capacity building exercise and offered an exchange of ideas about how the two countries' respective parole systems work.

"I wouldn't be telling them what to do, but I would be inviting them to consider such things as giving more detailed reasoning in their decision-making. Now that can be a burden for them, but it is important that prisoners know why they have or haven't got parole, and it's very important for the community to know why people have or haven't got parole - the reason behind it more than just the decision."

Vanuatu's parole board includes members of the judiciary and correctional services, as well as people who are customary chiefs in their local community

This interface is something which other countries can learn from, according to Chris King from New Zealand's Parole Board.

He suggested the role of chiefs is a key asset for Vanuatu's system.

"In terms of being able to see offenders in their communities and who they are accountable, I think that's really important. And also I think in terms of victims being supported very clearly within a very specific context is something that I think Vanuatu leads the way on, in some ways."

The training in Wellington offers the Vanuatu board insights into how New Zealand manages a much larger number of cases.

Vanuatu's board is chaired by Justice Oliver Saksak who said they were relishing the opportunity to closely observe how New Zealand's board reaches it decisions.

"And we're looking forward to see how the New Zealand parole board deals with information that is necessary to assist the parole board to make the right decisions, fair decisions that are appropriate, not only for the public at large, but also for the parolee, or the offender." 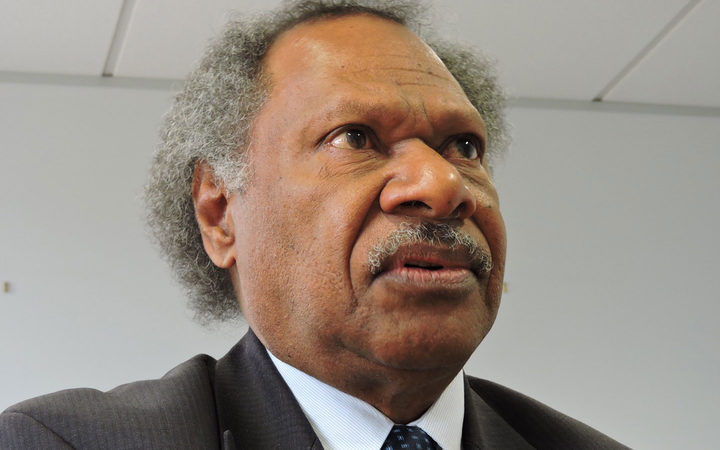 Justice Saksak said one of Vanuatu's main challenges is to ensure involvement of victims.

"At times the victims are not in the actual hearing, they're not consulted. And when the parole board takes a decision in their absence, they would hear about it at some later time and there would be some cause of complaints."

Chris King, who was part of the team seconded to Vanuatu to help establish its corrections system in 2006, said the Melanesian country had come a long way for a country which had no such system before that.

"That was a challenging process in lots of ways, but both the New Zealand and Vanuatu governments stayed the course," he reflected.

"I know in the late 1990s Vanuatu was occasionally described as the 'pardon capital of the Pacific'. There was very little accountability around who was released from prison, how they were released, [and] the reasons for their release."

Sir Ron, who also conducted a legal needs assessment in Tokelau earlier this year, said the biggest challenge for Vanuatu's system remained the lack of resources.

Justice Saksak said he'd like to see more resourcing so the Board's chair can become a fulltime position, allowing it to consider applications as they emerge.

That way, he said people wouldn't be languishing in detention for longer than necessary.