A new report shows 15 of the largest businesses in Solomon Islands are now pioneering measures to employ women. 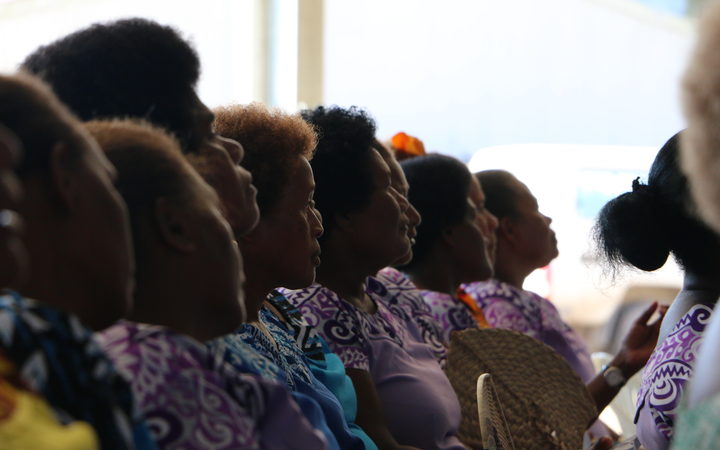 The report looks at the first year of the Waka Mere Commitment to Action, a two-year initiative promoting gender equality in the private sector in Solomon Islands.

It shows eight companies have now set targets for increasing the share of women in leadership positions and are investing in women through management courses.

Nine out of 12 women who attended the courses were later promoted or given broader responsibilities.

The report has been produced by International Finance Corporation, a member of the World Bank Group, and the Solomon Islands Chamber of Commerce and Industry.

Through Waka Mere, which means "she works" in pidgin, the 15 companies are working towards meeting at least one of three commitments: promote more women into leadership positions, build respectful and supportive workplaces, and increase opportunities for women in jobs traditionally held by men.

"It's clear the private sector in Solomon Islands is starting to recognise the value to their business and staff of breaking down barriers to women's employment," said Milissa Day, IFC's Country Representative for Solomon Islands. "There is definitely more to be done and we look forward to seeing participating companies reach their targets next year."

Eleven Waka Mere companies trained teams on how to respond to staff affected by violence and started implementing a policy for addressing domestic violence, as part of measures to build respectful and supportive workplaces. At the same time, more employers started to train women to take on traditionally male-dominated roles such as driving company vehicles.

"We hope this is just the beginning and that the Waka Mere companies will inspire and set the example for others to follow," said Dennis Meone, CEO at SICCI.

Prior to the start of the initiative, employee surveys and HR data from the companies showed women were underrepresented at all levels of the workforce, especially in leadership positions. While half the companies had policies on equal employment opportunity or non-discrimination, one third of employees reported that women and men did not have the same chances for promotion.

Three quarters of all employees agreed that domestic violence was affecting people's ability to go to work or perform at work. One third of employees reported that they did not feel comfortable or safe at work. In Solomon Islands, only one in four private sector jobs are held by a woman and two out of three women experience domestic violence.