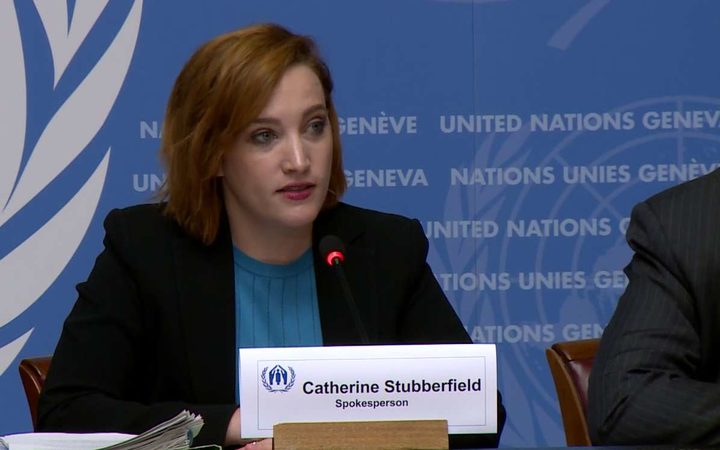 The UN refugee agency has joined medical charities in urging the Australian government to remove all refugees and asylum seekers from Nauru and Manus Island, saying the health of more than 1,400 people has seriously deteriorated.

On Thursday, the charity detailed a growing mental health crisis among asylum seekers and refugees it says are growing increasingly hopeless after more than five years in limbo.

In a speech in Geneva on Friday, the UNHCR's Australia spokesperson, Catherine Stubberfield, echoed those concerns, saying the health of those still in Nauru or Papua New Guinea's Manus Island was declining rapidly.

"During September 2018, more refugees and asylum seekers have been medically evacuated from Nauru to Australia than in the preceding two years combined," said Ms Stubberfield, adding that most of those evacuations were only done after intervention by Australian courts.

"This reflects both the longstanding poor healthcare situation under offshore processing, and a recent worsening of conditions."

Ms Stubberfield said the asylum seekers and refugees must be moved immediately to Australia where they can get medical care.

"Australia remains responsible under international law for those who sought its protection and whom it has forcibly transferred to so-called offshore processing facilities," she said.

"In the context of deteriorating health and reduced medical care, Australia must act now to prevent further tragedy and loss of life."

A guise for activism

Meanwhile, the Nauru government accused Médicins Sans Frontières of conspiring against it, using its healthcare services as a guise for political activism.

In a lengthy statement, the government said the facilities, care and welfare it provided was better than other refugees and asylum seekers recieved across the globe.

It said MSF members were on the island as political activists for refugees.

"It is not unusual for an organisation such as MSF to gain political mileage from our decision to cease the [memorandum of understanding]. They must realise that no longer will our country accept the concocted lies told about us purely to advance political agendas," the statement read.

"Instead of working with us, they conspired against us," it said. "They must realise that no longer will our country accept the concocted lies told about us purely to advance political agendas."