A magnitude 7.0 quake has been recorded in Papua New Guinea's New Britain area. 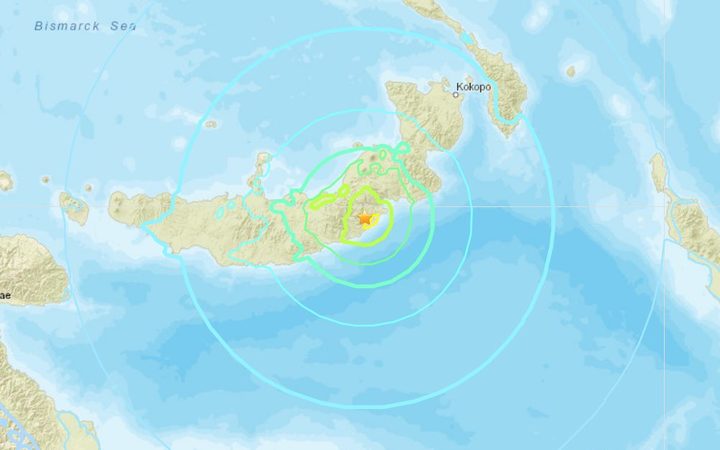 The quake struck just before 7am local time, off the south coast of New Britain island, and was recorded at a depth of almost 40km.

The quake was about 200km southwest of the town of Rabaul in East New Britain province,

Speaking from Rabaul, the head of the regional volcanological oberservatory Steve Saunders says it was a fairly big shake.

Mr Saunders said it was very close to shore.

"We felt it reasonably strongly, but it hasn't done any damage here."

He said a power blackout in Rabaul coincided with the earthquake.

"We felt the earthquake a bit but it was not too strong," Constable Roy Michael told the Reuters news agency by phone from Rabaul police station.

He said there was no damage in the town but officers had not yet been able to contact villages closer to the epicentre.

After issuing a tsunami warning, the Pacific Tsunami Warning Center later said the threat had passed.

It had warned that waves as high as 30 centimetres were possible within 300 kilometres of the epicentre.

Australia's Tsunami Warning Centre said its coastlines were not at risk.

"The south coast is pretty sparsely populated," he explained.

"So the people who felt it strongest, they should actually be aware of that. But then again it's very deep water.

"Actually in those situations the tsunamis aren't quite so big because they don't run up the shallow coast."