Lakiloko is an artist of mea taulima: things created with hands. 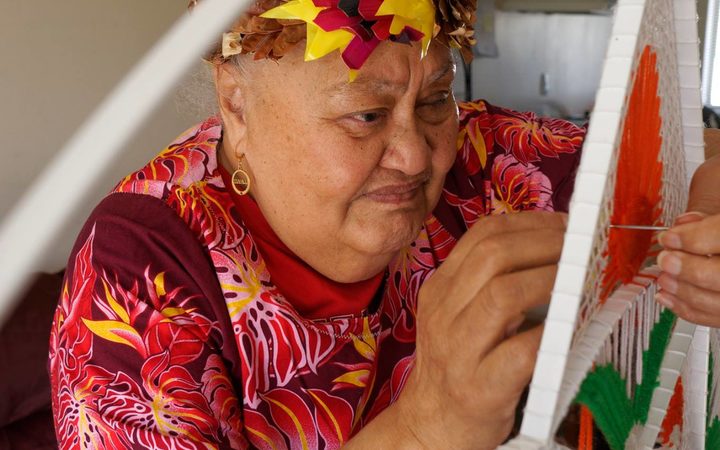 After receiving the Pacific Heritage Art Award from Creative New Zealand last year, she has become the first Tuvaluan heritage artist to hold a solo art exhibition in New Zealand.

The show features pieces that have built on a practice of over five decades.

Born on the atoll of Nui, she's been blind in one eye from a young age. But that never stopped her from learning the traditional practice of weaving.

"We had a women's group in Tuvalu who were all weavers and two women from each island would join in the group, representing their island," she explained in her Tuvaluan language, 'Gana Tuvalu.

"Myself and my friend, Kelesoma's mother went together. I was about 30 years old and I'd never done any weaving before."

She doesn't speak English and her granddaughter Patricia translated as Lakiloko explained how she was the first in her community to incorporate nontraditional and synthetic materials.

"In the Islands we used to use pandanus leaves and then when Tuvaluan women migrated here to New Zealand they would continue weaving using raffia but over time, raffia would break and it wasn't as strong and also the colour would fade so I thought maybe I'll try it with wool," she said.

"And the colours stay more vibrant with wool." 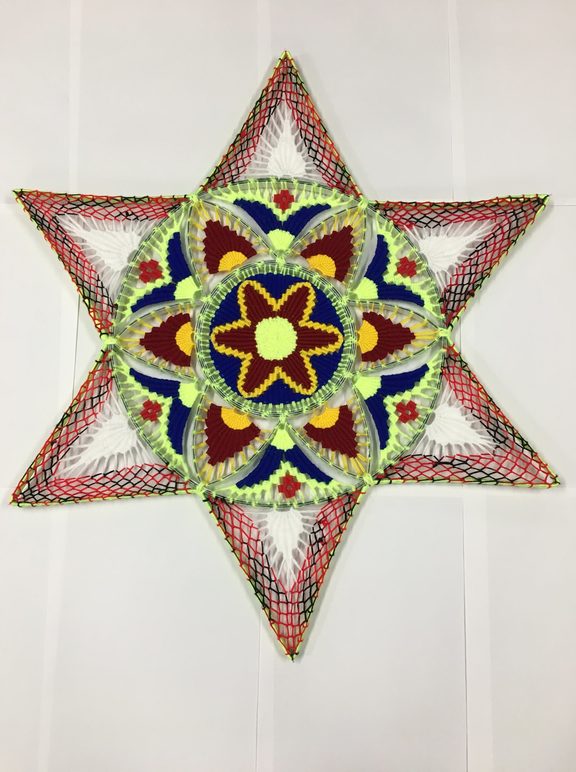 Her exhibition of forms known as Fafetu, held at Ponsonby's Objectspace in Auckland, feature a number of distinct techniques including tio, which combines Tuvalu crochet, known as kolose, and lalaga, or weaving with a needle.

The floor of the display room is covered in traditional mats, woven by the Tuvalu arts group Fafine Niutao I Aotearoa - a collective of women in New Zealand's Tuvaluan community who have been inspired to weave again.

Lakiloko is a key member of the collective - evident in the support they showed her at her exhibition, gathering alongside many in her community to sing and dance in the centre of the room as visitors sat on the floor observing her work.

Lakiloko appeared flustered at her exhibition and blown away by all the support she received. But later, at her home in West Auckland, she said she was relieved that her works were finally on display.

"I'm really happy to see that other people, especially palagi people are happy to see the weaving," she explained while patting her grandchild to sleep in her arms inside her living room.

Having arriving in New Zealand 22 years ago, she has in recent years made a significant contribution to maintaining the art of kolose, traditional Tuvaluan crocheting, in New Zealand.

But that wasn't her intention when she first started out.

"I'm a very active person. I'm not the type of person to just sit down and do nothing," she said.

"No. I have to have something to do. So weaving and our traditional kolose which is like crocheting, was my way of keeping active when I first moved here to New Zealand."

And to the grandchildren she has helped look after, weaving has been a normal way of life for her. 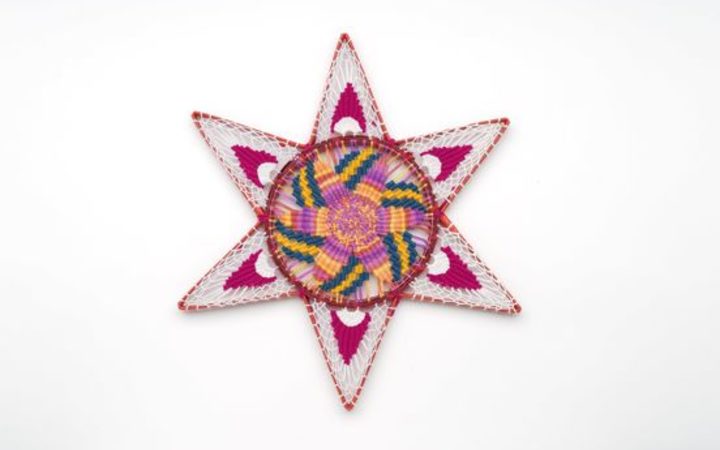 "Because she was doing it every single day, probably like 6 hours a day, it was just normal you know," Lakiloko's granddaughter Patricia explained.

"And we didn't really value and see the importance of it until other people - outsiders - were like 'Oh my gosh what is this?' you know, 'We've never seen this before'."

"Then it kind of like made you think oh my gosh it's special."

Lakiloko explained that her blindness has never limited her and she hopes she can help Tuvalu's culture live on, amid the threat of rising sea levels.

"Because it's my passion, it's what I love to do, I'm driven. I don't want my eye to stop me from doing what I love doing.

"It really is important for me to pass on our traditional art, weaving, kolose and even our language because what if Tuvalu is really going to be gone? At least there will still be people who can pass on knowledge.

"It's important to keep our traditions still going in case the island will be gone. If we forget about Tuvalu and our culture, what are we going to do?"

Patricia said she's thankful to have learned the value of nurturing Tuvaluan culture from her grandmother.