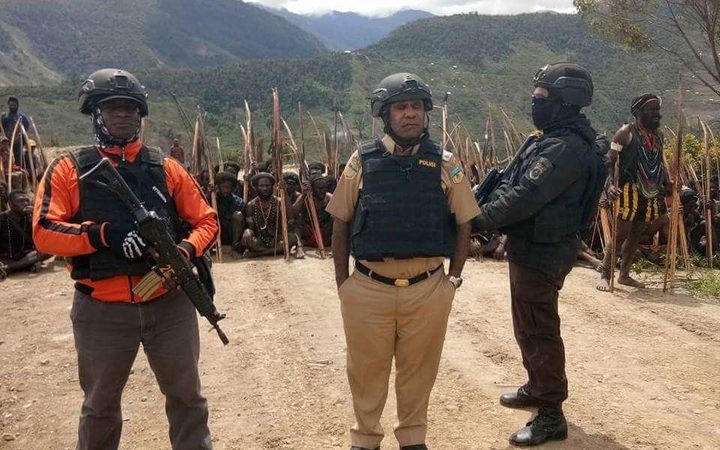 Indonesian police have been assisting military in a campaign against independence fighters in West Papua's Puncak Jaya regency. Photo: Supplied

The remote Highlands area has been the focus of efforts by the Indonesian military, or TNI, to hunt down members of the West Papua Liberation Army.

Five civilians, including two young children, were killed according to local human rights workers as the TNI mounted land and air attacks on the Liberation Army in Tingginambut District.

Two members of the Liberation Army were also reportedly killed in the incident which happened earlier this week.

A statement from the TNI said it was a standard operation in which military forces targeted an area where the banned Papuan nationalist Morning Star Flag was flying.

Colonel Muhammad Aidi said that at the outset, the Liberation Army was warned to surrender but instead fired at the TNI soldiers.

Colonel Aidi's statement only cited the discovery of one Liberation Army member's body, but he said a weapons cache was also found.

Following the violence and the emergence of the TNI in the regency many villagers have reportedly fled to the bush, according to human rights workers.

The TNI said it was followers of Goliat Tabuni's Liberation Army group who fled into the nearby forest.