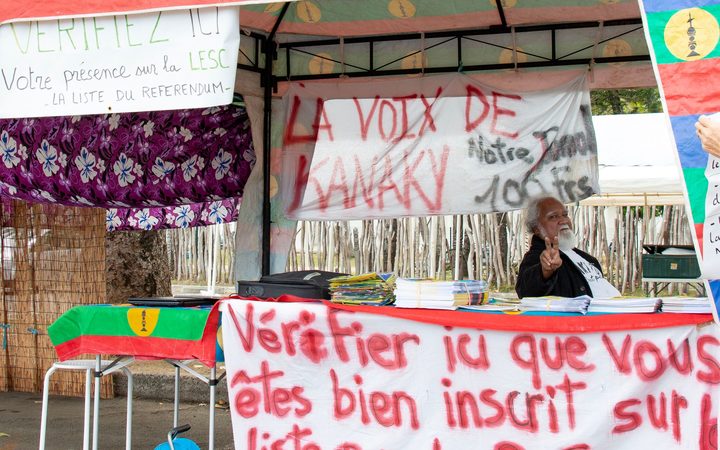 New Caledonians will go to the polls in November to vote in the historic independence referendum. Photo: RNZ Michael Parsons

Another opinion poll suggests that an overwhelming majority in New Caledonia will next month reject independence from France.

The poll commissioned by French television found that 66 percent of eligible voters plan to vote against independence in the referendum on 4 November.

The poll, which was carried out by Harris Interactive, involved just over 1,000 phone interviews over ten days in September and has a margin of error between 1.4 to 3.1 points.

After a 20-year phase of decolonisation under the Noumea Accord, voters will be asked whether New Caledonia should assume full sovereignty, which means taking full control over defence, justice, policing, monetary policy and foreign affairs.

72 percent of respondents agreed that the referendum is a good thing while 25 percent said the plebiscite was bad.

Among opponents of independence, more than 95 percent considered New Caledonia to be dependent on France for security. 94 percent found that being part of France was important from an economic point of view.

90 percent of them fear independence will mean a decline in the quality of life. 82 percent of opponents say they are not against independence as such but consider New Caledonia not to be ready.

On the other side, 97 percent of those planning to vote for independence say this will recognise the identity of the Kanaks. 94 percent of them also say independence will strengthen coexistence within New Caledonia. 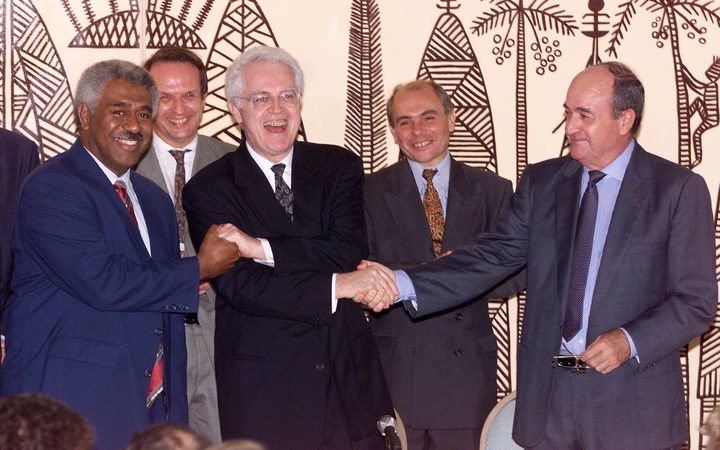 French Prime Minister Lionel Jospin, centre, shakes hands with the leader of the Kanak group FLNKS, Roch Wamytan (left) and Jacques Lafleur, the president of the loyalists group after the signing of the Noumea Accord in 1998. Photo: AFP

Among opponents of independence, no more than 23 percent think that independence will lead to better coexistence and better services.

However, a majority of independence supporters expect things to improve.

A large majority wants to strengthen relations with other countries, most notably France, New Zealand and Australia.

Among the respondents 94 percent say they want strong ties with France, followed by New Zealand on 86 percent.

Also, a majority is in favour of better ties with the three Melanesian countries: Fiji, Vanuatu and Papua New Guinea.

However, here there are big discrepancies between supporters and opponents of indepedence.

Proponents of independence put Vanuatu first at 91 percent, followed by Fiji with 88 percent and then New Zealand and France at 87 percent.

In the case of Papua New Guinea, 82 percent of proponents want stronger ties but only 47 percent of opponents.

Only 30 percent of opponents want stronger ties with China while 51 of proponents don't want that.

Harris Interactive also conducted a survey in France on the referendum issue.

61 percent of respondents say they have heard of the referendum but only a third says they know precisely what it is about.

65 percent say they think in principle New Caledonia's independence is a good or very good thing.

A small majority, however, feels that independence would have a negative impact on economic activity and the quality of services.

Also a small majority agrees that independence has no impact on France's standing in the world and its own economy.

In terms of defence, a third of respondents say independence will have a negative impact while 48 percent think it makes no difference.