PNG rugby league coach Michael Marum says his Australian counterpart, Mal Meninga, has been able to bring together a good mix of experience and youth for their Prime Minister's XIII clash this weekend. 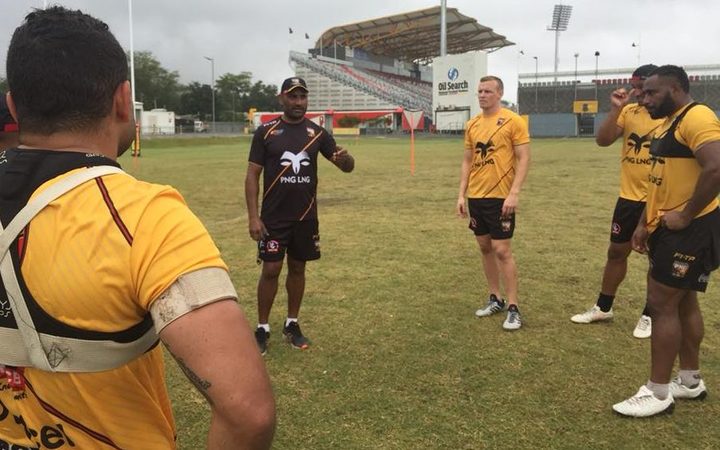 Michael Marum issues instructions to his PNG side during training Photo: PNGNRL Facebook

Saturday's game in Port Moresby will mark the 20th anniversary since the inception of the fixture and is the first to gain test match status.

"They've got the experienced forwards all in there," he said.

"Mal brought in a few of the exciting new young guns from the clubs down there, the NRL system. Some of them have been playing New South Wales and Q Cup too.

"We expect a tough match-up against them. They'll be tough," Marum said.

PNG lost the fixture 48-8 last year but fielded a depleted squad due to world cup commitments.

Marum said he expected this year's squad to be more competitive.

The Kumuls have never beaten the Prime Ministers XIII, a 24-24 draw in 2007 as close as they've got.

PNG will use the game as preparation for a two match series against the England Knights, a team designed to provide potential internationals with pathways towards the full test squad.

The Knights team has been resurrected after a five year absence.