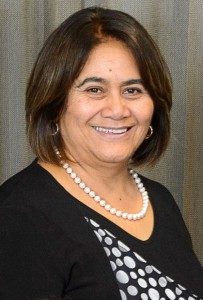 Last month the World Bank said a severe shortage of aged care workers was looming in Australia and New Zealand but a large youth population in the Pacific could be the answer to solving the problem.

But Eseta Finau, who sits on the nurses organisation's board and chairs its Pacific section, said the suggestion was short-sighted and patronising towards Pacific people.

Mrs Finau said the suggestion was destined to fail if people were not trained well enough.

"It is a specialised area now. You can't just walk in and pretend you can look after our oldies here because there are modern technologies, there are things they need to [learn], how to lift, and all those," she said.

"Getting them to come in from the islands, who are not trained, to look after our elders which are our treasures."

Mrs Finau said a "whole workforce" approach was needed rather than an ill-informed, ethnic-centred one.

She said pay and conditions would also need to be addressed to fill any gaps.

Mrs Finau said the aged care sector had poor wages and conditions so the workforce was already mostly made up of skilled migrants, struggling to get by.

"Most of our skilled nurses, trade nurses from the islands are here working as care-givers [and] are used cheaply because all these places know there are trade nurses back in the islands," she said.

"Some of them are given tasks of a registered nurse and they are paid peanuts.