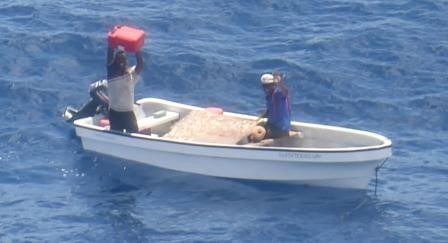 The men were last seen leaving Kuria, in the central Gilbert Islands, on a fishing boat last Tuesday morning.

They were reported missing later that day.

The New Zealand Air Force Orion crew located the men adrift on a five-metre fishing boat on their second day of searching.

The crew contacted two vessels in the area and asked them to pick up the 32 and 42 year old.

The vessels were expected to reach the men's location early this Saturday evening local time.