A tropical storm near Solomon Islands has intensified into a cyclone - the first of the season for the South Pacific. 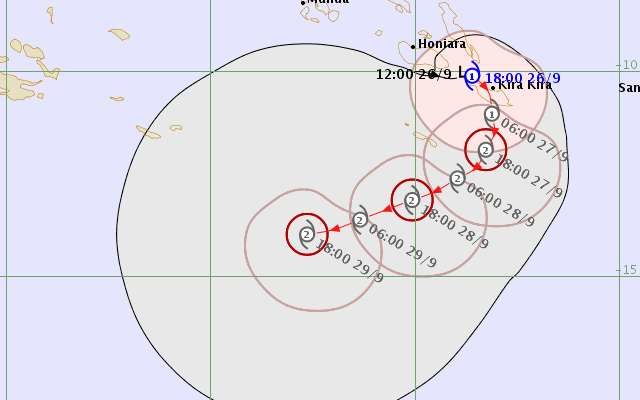 Cyclone Liua was forecast to pass close to Solomon Islands before veering out to sea as it intensified. While weak, it is well before the usual cyclone season. Photo: Fiji Meteorological Service

Cyclone season in this part of the world does not usually begin until November.

The Fiji Meteorological Service said Cyclone Liua, a category one, was west of Makira on Thursday morning, and was forecast to pass the southern islands before veering out to sea.

Its winds were about 65km/h, but these were expected to increase. The cyclone was forecast to become a category two later on Thursday, near Rennell Island.

A forecaster, Stephen Meke, said the storm's winds were not intense, but they were concerned about the heavy rains, which could cause flooding and landslides.

"While the damaging winds are there, the prolonged heavy rain that has been happening over there - that is our concern," he said.

Mr Meke said Cyclone Liua was well ahead of the traditional season, but conditions across the South Pacific are ripe for a cylone to develop, and have been for a while.