The UN Secretary General says the world is at a pivotal moment in the face of the direct existential threat of climate change. 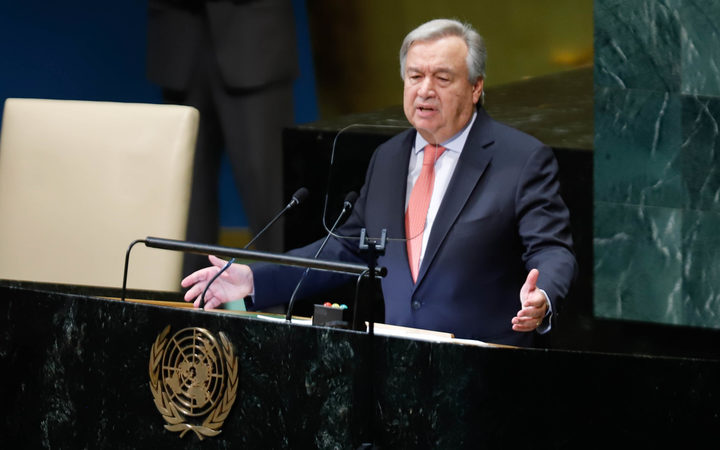 Speaking to world leaders today during the opening of the general debate of the 73rd session of the UN General Assembly in New York, Antonio Guterres said failure to change course within the next two years risks "runaway climate change".

Mr Guterres urged world leaders to listen to scientists, see what is happening before their very eyes and guarantee implementation of the Paris Agreement.

"Excellencies ladies and gentleman it [Paris Agreement] has immense potential to set us on the right course but its targets which represent the bare minimum to avoid the worst impacts of climate change are far from being met," Mr Antonio Guterres said.

Mr Guterres told the leaders gathered in New York that the world needed them to be Climate Champions.