There were two ground breaking ceremonies in Samoa this week for the construction of facilities for next year's Pacific Games. 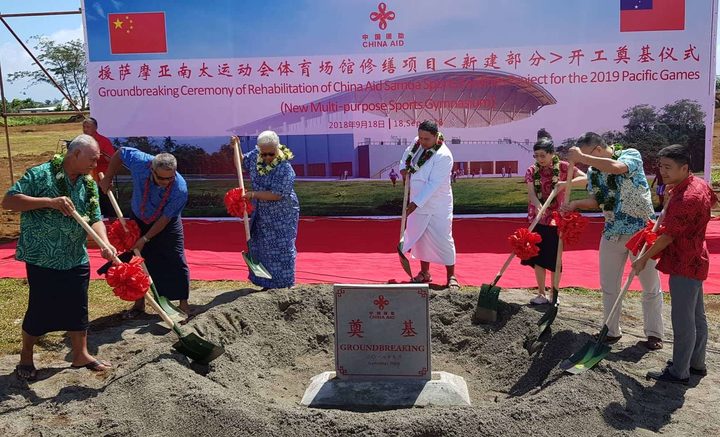 The chief executive of Samoa's Pacific Games Office, Falefata Hele-Ei Matatia, said a new multi sport gymnasium was being built from scratch to host the badminton and netball competitions.

"It's a multi-purpose gym so there'll be other sports in the future that will use it but for the Pacific Games it will focus on those two sports," Falefata said.

"The completion date will be around May next year."

The other ceremony was for the beginning of the refurbishment of Apia Park and the Samoa Aquatic Centre, Falefata said.

"In the Aquatic Centre will be a lot of the technical upgrades in the actual facility and a few minor renovations inside the pool," he said.

"For Apia Park it will also be about the technical upgrade and also some of the infrastructure, the rubbber for the track. We're also upgrading the tennis courts."

The work would be financed by a grant from China and undertaken by a Chinese company, but the cost of the upgrades had yet to be disclosed, Falefata said.

The Samoan government was currently tendering for bids to upgrade 16 other facilities that would be used at the games, he said.

"I'm happy that God has given us this time to make sure everything is in place."