New Zealand's Defence Force has delivered a tonne of books to the Cook Islands for bolstering the country's library stocks. 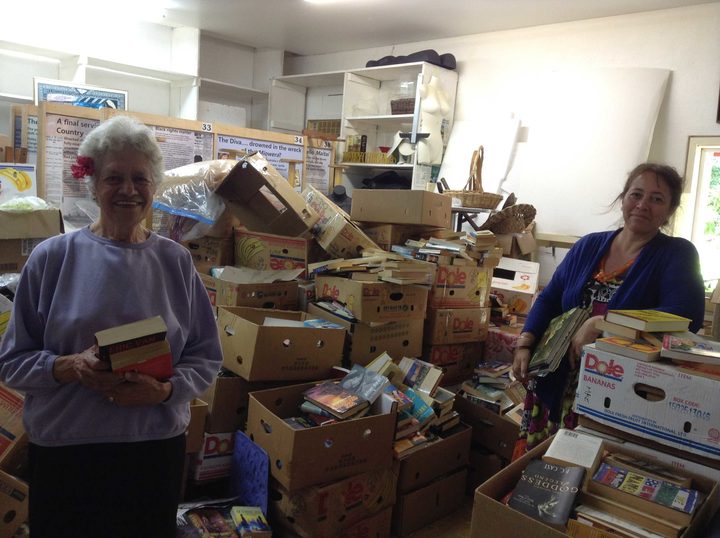 The NZDF delivery is helping a project by Cook Islands authorities to restock the public library in the capital, and set up satellite libraries in outlying islands.

The books have been donated by Rotary Club of Otaki in New Zealand.

They were delivered by a Royal New Zealand Air Force C-130 Hercules aircraft on a scheduled flight to the Pacific.

She said the books would be a great asset in Rarotonga, and even greater in outer islands of the southern group, where they intend to set up several public libraries.

Ms Mason said due to prohibitive freight costs, it had become increasingly difficult to source books in bulk from overseas.

"A metaki ma'ata (huge thanks) to the NZDF and the Rotary Club of Otaki," Ms Mason said.

The Air Component Commander, Tim Walshe, said the Defence Force was pleased to support what he described as a "noteworthy project"

"We hope that with the delivery of these books, these experiences will continue for the people of the Cook Islands," he said.

Occasionally, the NZDF sometimes arranges for RNZAF aircraft and Royal New Zealand Navy vessels on scheduled trips to the Pacific to deliver books and other charitable freight across the region.

The Hercules aircraft that delivered the books to Rarotonga picked up aircraft equipment used in the recent Exercise Rim of the Pacific in Hawaii.