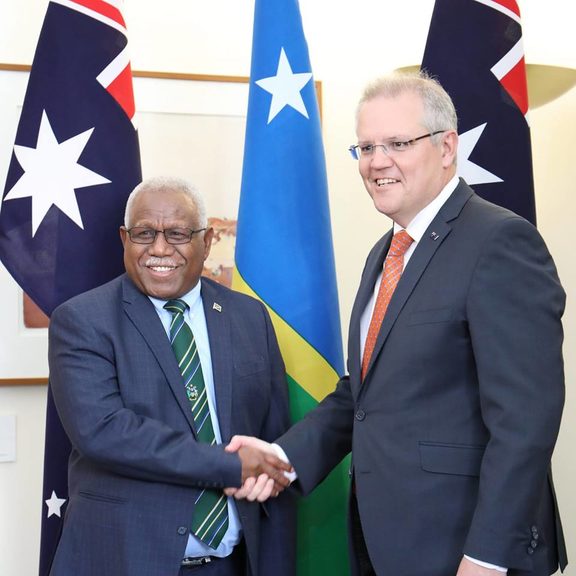 Scott Morrison made the commitment to his Solomon Islands counterpart Rick Hou during talks in Canberra.

Australia's commitment was criticised by some island leaders at last week's Pacific Forum summit in Nauru.

During its recent leadership change, elements of Australia's ruling Liberals party pushed for the coalition government to drop its emissions-reductions targets.

But Mr Morrison has since ruled out leaving the Paris Agreement, saying climate change action is the Pacific's priority.

He said such a move could lessen Australia's influence in the region.