A court in Nauru has issued a scathing condemnation of the Nauru government and its judicial officials over the Nauru 19 case.

Sitting in the Nauru Supreme Court, Australian judge Geoffrey Muecke has ruled there should be a permanent stay on the trial of 19 people charged over anti-government protests more than three years ago.

The defendants, including several former MPs and a former president of Nauru, had sought the stay because of the length of time that had elapsed since they were charged and the refusal of the government to meet some of their legal expenses.

Justice Muecke had been brought in by the Nauru government as an independent judge specifically to hear the case, but in his 107 page judgement he was highly critical of Nauru officials, from Justice Minister David Adeang down.

"In denying the defendants legal representation and resisting their obtaining legal assistance, in imposing a "blacklist", in forbidding any plea bargaining, and in publicly denouncing and vilifying the defendants and those seeking to assist them, the Executive Government of Nauru has displayed persecutory conduct towards these defendants which is all the more serious in the unique context of Nauru," Justice Muecke said in his judgement.

End of a "very long struggle"

There was delight among those in Nauru caught up in the long-running case. 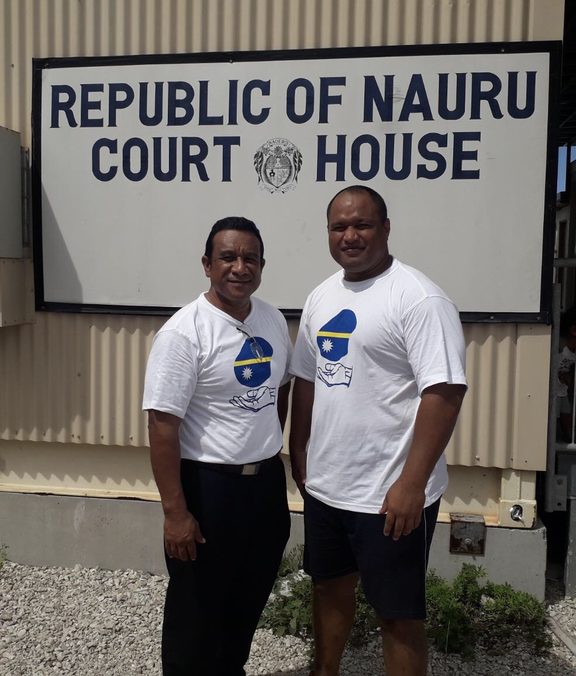 The so-called Nauru 19 had been fighting various charges including rioting, disturbing the legislature and entering a restricted area after the protest in June 2015.

One of the accused, former cabinet minister Mathew Batsiua, said today's granting of a permanent stay gave a sense of total relief and exhiliration.

"There's a lot of people celebrating this decision. I think it's a big win for Nauru. It sort of marks the end of a very long struggle, but a struggle that was worthwhile for us. We were determined to see it through because we think we are fighting a good cause and one that needs to be fought," Mathew Batsiua said.