A landslide on Vanuatu's island of Maewo has left hundreds of villagers without homes.

The landslide is understood to have destroyed three villages, taking out dwellings that housed 452 people. 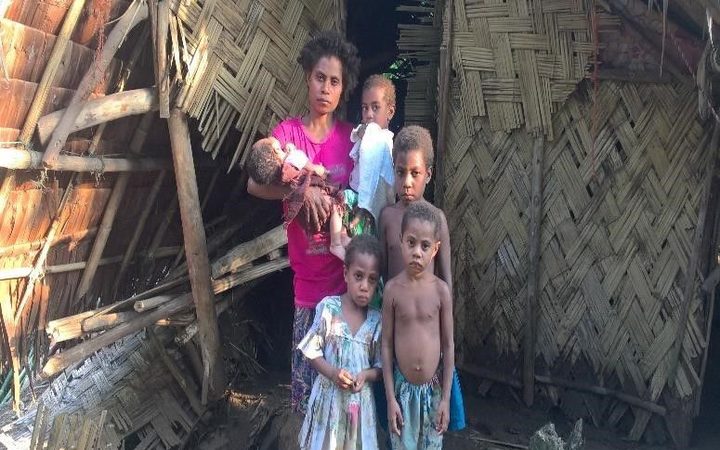 A mother of five who managed to save the lives of all her children on the night of the flooding and landslides. Photo: Anita Robert/ Vanuatu Daily Post

While the Daily Post newspaper reports there were no casualties, it said some villagers were lucky to escape alive when the mud came through their homes.

Vanuatu's National Disaster Management Office has confirmed the landslide, but it remains unclear whether the affected villagers are being offered emergency assistance.

The landslide comes after chiefs and landowners of Maewo recently offered almost 2,000 people from the neighbouring island of Ambae space to live on their island.

Ambae people were evacuated by the government due to the ongoing eruption of the Manaro volcano on the island.