Pacific Leaders meeting in Nauru this week are expected to send a strong signal to new and emerging global powers entering the region to 'toe the line' on common issues that are dear to them - like climate change and ocean conservation and management.

They are building a collective voice and asserting their common values and concerns through the 'Blue Pacific' initiative that they are the stewards of the world's largest ocean and its resources and a new security arrangement called the 'Biketawa Plus.'

The Samoan Prime Minister, Tuilaepa Sailele Malielegaoi, is leading the campaign to tell the world that Pacific leaders are prepared to assert their shared and common interests through dialogue and constructive diplomacy.

The reality is stark, we are again seeing invasion and interest in the form of strategic manipulation Tuilaepa Sailele Malielegaoi.

He strongly emphasised this in Sydney last week - calling out major powers that are pursuing their own strategic interests in the region without due regard for Pacific nations and their sovereign national rights.

"The reality is stark- we are again seeing invasion and interest in the form of strategic manipulation. The big powers are doggedly pursuing strategies to widen and extend their reach and inculcating a far reaching sense of insecurity.

"The renewed vigour with which a 'Free and Open Indo-Pacific strategy' is being advocated and pursued leaves us with much uncertainty. For the Pacific there is a real risk of privileging Indo over the 'Pacific'. There has been a reluctance to engage in open discussions on the issue and to share information to assist us in decision making, Tuilaepa said.

"The question for us is how prepared are we to tackle the emerging associated challenges? Regional and national stability has never been more critical in order to maintain peace and security, prosperity and well-being of all Pacific peoples and of peace."

His statement was supported by Dame Meg Taylor, the Secretary General of the Pacific Islands Forum while briefing journalists in Nauru on Saturday ahead of the annual gathering of Pacific Leaders this week.

"Anybody that comes into the Pacific must understand this is our space." 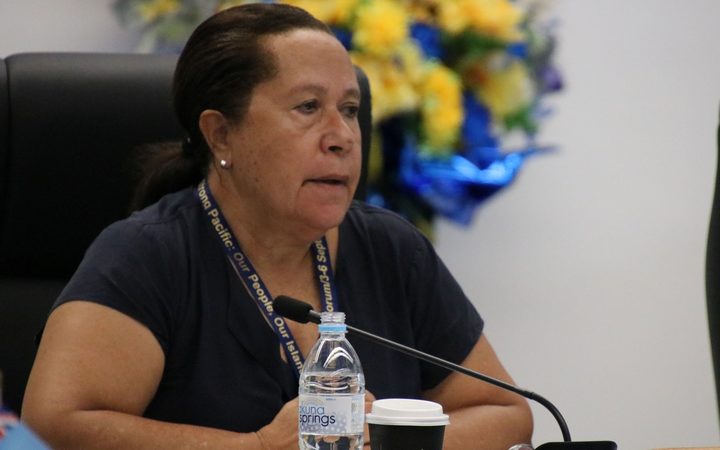 She provided the example of the on-going tussle between the People's Republic of China and Taiwan within the Forum membership.

"I would like to see the Pacific Islands Forum protect this space for the discussion of issues that are important to the Leaders of the Pacific by Pacific countries and this constant toing and froing by the People's Republic of China and Taiwan is a constant distraction. I think there will be a discussion at the leaders meeting on this in terms of how development partners are treated across the board.

"When they want a seat at the Security Council they all come parading to Suva to the Forum Secretariat to seek our help and ask member states for their votes at the UN. So we are not inconsequential to what goes on internationally," Dame Meg said.

Mindful of the interests of some former traditional Forum partners who are keen to return to the Pacific region, the Samoan prime minister, who hands over the chairmanship of the 18 member group to Nauru this week, said Pacific nations will engage them if their approach is genuine and durable and premised on understanding, friendship, mutual benefit and a collective ambition to achieve sustainable results.

I would like to see the Pacific Islands Forum protect this space for the discussion of issues that are important to the Leaders of the Pacific by Pacific countries and this constant toing and froing by the People's Republic of China and Taiwan is a constant distraction Meg Taylor.

"Our partners have fallen short of acknowledging the integrity of Pacific leadership and the responsibility they carry for every decision made in order to garner support for the sustainable development of their nations. Some might say that there is a 'patronising' nuance in believing that Pacific nations did not know what they were doing or were incapable of reaping the benefits of close relations with countries that are and will be in the region for some time to come."

"In cases where emerging partners have engaged with Pacific countries without conditionality, the relationships are perceived to be associated with corruption or unprecedented environmental degradation. One has the tendency to be bemused by the fact that the reaction is an attempt to hide what we see as strategic neglect," Tuilaepa said.

Dame Meg said Pacific Leaders at their retreat on Wednesday will have an honest conversation about new and emerging powers in the Pacific.

"If any country wants to be involved in our region, it must be engaged in discussion with our leaders. If you look at the issue around security - many comments were made overseas about security of the Pacific region in the Info-Pacific Strategy but our leaders have not had intense discussions on these issues and yet the reports overseas seem to suggest that this is going to be the security strategy for the Pacific region too."

Dame Meg said in the Pacific relationships are built through talking with each other and countries outside the region need to build that trust and relationship with Pacific Leaders.

A notable absentee from this year's 49th Pacific Islands Forum Leaders meeting will be Australia's new Prime Minister, Scott Morrison. He will be deputised by his Foreign Affairs Minister, Marise Payne. 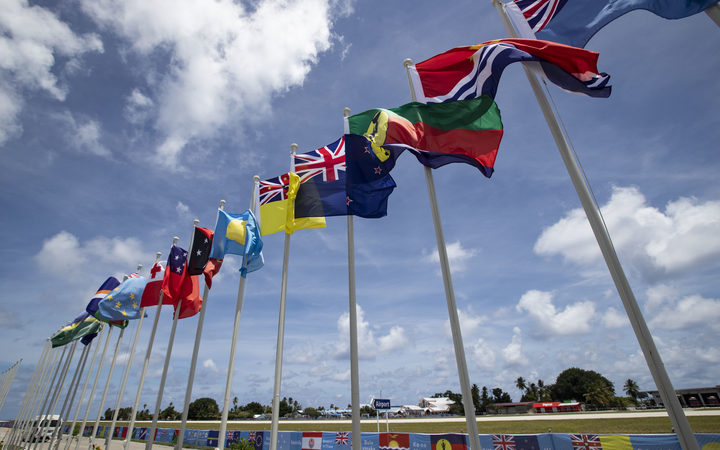