French Polynesia's pro-independence opposition has asked the Pacific Islands Forum to put its decolonisation on this week's summit agenda.

Its leader Oscar Temaru has written to all leaders attending the Nauru summit, saying the decolonisation is a timely and legitimate issue to be addressed.

Ever since the United Nations adopted a resolution in 2013 for French Polynesia's decolonisation, France has kept failing to comply with it.

Mr Temaru said highlighting the resolution's existence in the Forum's final declaration would remind France of its obligation to follow up and meet international norms.

He said French Polynesia's decolonisation, as well as that of New Caledonia, was no longer an internal matter for France.

Mr Temaru said this year's summit may have to address sensitive isues, such as New Caledonia's independence referendum and the admission of China as a Forum dialogue partner. 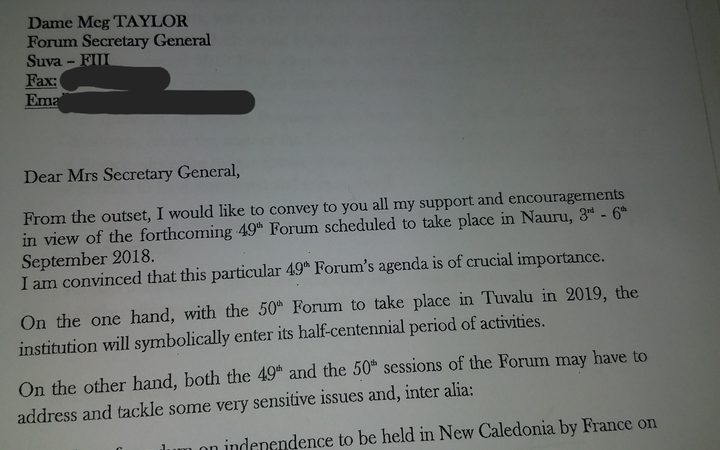