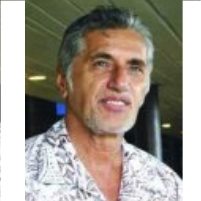 Mr Keil, who sold his commercial television station earlier this year, had been ill for the past few months.

He had been a supporter of the ruling HRPP party for many years after his late father had been given approval by the previous government of Tofilau Eti Alesana, to operate the first official lottery game in Samoa.

The lottery games are now run and operated by the government.

The funeral service is expected to be held next week.