The Salvation Army New Zealand has officially begun work in Samoa this month to run programmes for victims of substance abuse and addiction. 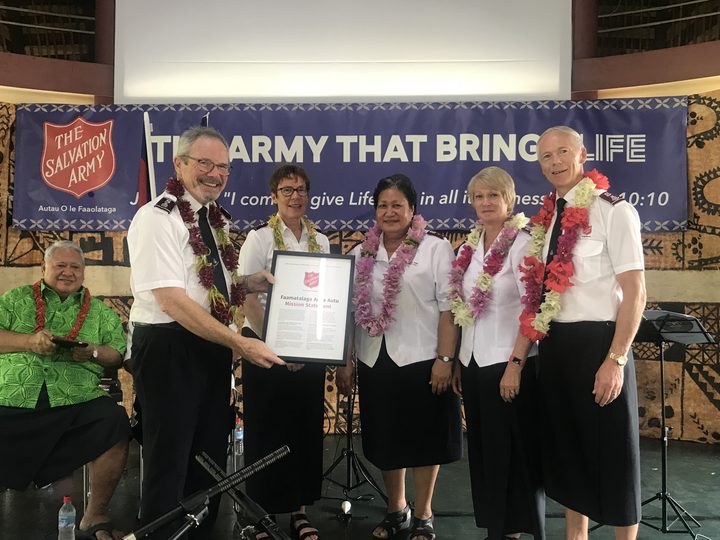 A church and addiction treatment centre will be set up.

Another focus will be addressing violence against women and children.

The church was first approached in 1984, but finally decided to go, after being asked last year by Samoa's prime minister, Tuila'epa Sa'ilele Malielegaoi.

The Salvation Army's head of social services, Colonel Melvin Fincham, said they were starting their operations with three church staff in Apia.

"We became aware that there's a possibility that the Salvation Army could do some addiction work within Samoa and that is really where it came from," he said.

"As we did some exploration that is how we came to arrive there once again so helping meet the needs of those with addictions and develop a Salvation Army Church there as well."