A West Papua support group in New Zealand is calling on Pacific leaders to support Vanautu's push for the Indonesian region to be included on the UN's decolonisation list.

It said the denial of the right of self-determination for West Papua in the 1960s set the scene for decades of state-sanctioned violence against the indigenous population.

The activist group said the so-called 'Act of Free Choice' in 1969 was a fraudulent exercise carried out under extreme duress.

It said there is evidence West Papuans are experiencing slow genocide due to ongoing human rights abuses and the harmful conditions of life experienced by so many Papuans. 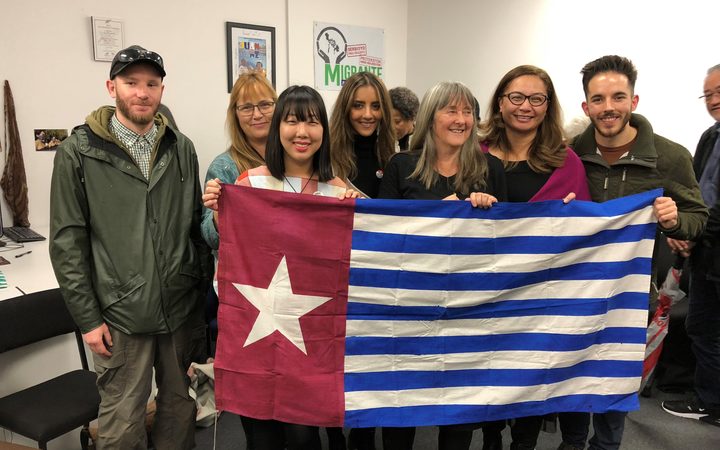 Supporters and members of the West Papua Desk in Auckland Photo: supplied