Fiji are in the box seat to qualify for the OFC Women's Nations Cup after a goal-less draw against Solomon Islands.

The Melanesian rivals are tied on four points with one round to go in the Qualifier tournament in Lautoka but the host nation are well-placed to finish atop the standings thanks to a superior goal differential.

"They were a team that had a deep block, deep into their territory, which was hard to break down," said Fiji coach Marika Rodu of the Solomon Islands defence.

"We worked on few ways to try and break this stubborn defence but we were not technical enough to keep the ball and move this defensive block out of the way.

"It was expected to be a tough game, Solomons would have watched our game against Vanuatu and they've drawn up a very tough game plan, then they were very disciplined in executing it so hats off to them." 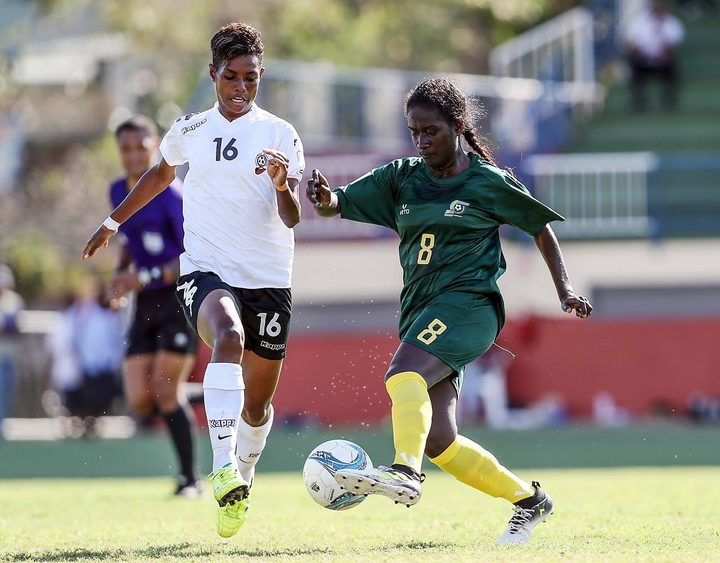 Fiji and Solomon Islands could not be separated. Photo: OFC via Phototek

Solomon Islands coach Diane Justus was pleased to come away with a hard-earned point against side.

"The result is satisfactory for us because we knew this Fijian side was a better side than us, they had the advantage of more supporters here but we managed to get over that challenge," she said.

"I'm very excited because our girls did what we planned to do, even though we knew it was not going to be easy.

"Everybody just gave more than 100 per cent and it worked so we're excited to still be in the running to qualify."

Meanwhile Vanuatu bounced back from a first-up defeat, edging American Samoa 1-0 to keep their hopes of reaching the main draw alive.

Melissa Wakaret headed home the only goal of the match in the 44th minute and coach George Kalo said they lifted their game although there remains room for further improvement.

"I think we've won this game, but we should have done better," he said.

"American Samoa did well and we thank them for the game, they had some good opportunities to score.

"We really should have scored more than one ourselves, but it's the game, that's football." 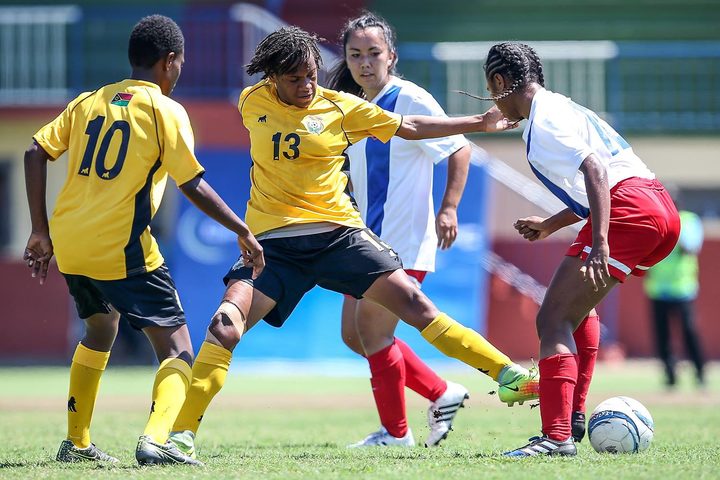 American Samoa coach Larry Mana'o was please with the improvement from his players.

"I'm super proud of the girls and that they tried to give 100 per cent effort throughout the whole of the game, so I'm very proud of them," Mana'o said.

"I'm just disappointed with our conversions. We had a lot of opportunities, a lot of chances, but just didn't have enough to get it into the net."

The final round of matches are on Thursday with Vanuatu taking on Solomon Islands and Fiji up against American Samoa.