It's unheard of for an author to hold a book launch at a professional wrestling event, but for illustrator Michel Mulipola, it seemed fitting.

"After the book launch, I'm in that ring fighting fellow Samoan Mr Tagataese and fingers crossed, I come out in one piece!," he said.

Mr Mulipola is a comic book artist. But he's also a professional wrestler, who goes by the name 'Lyger' in the ring. 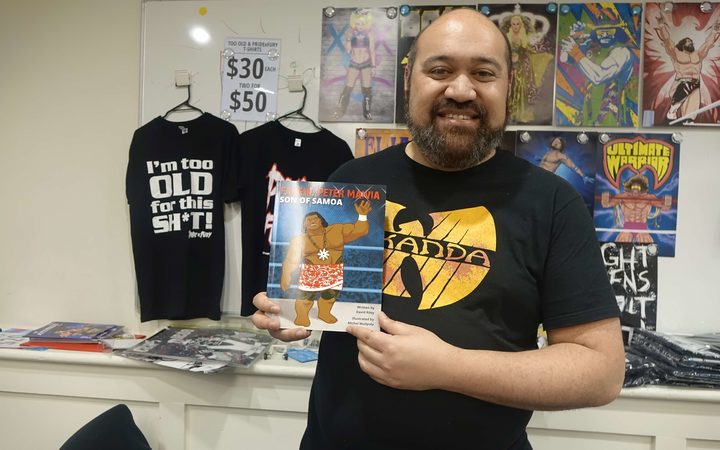 Michel Mulipola, a professional wrestler and comic book artist, stands with the book he illustrated at its launch. Photo: RNZ / Indira Stewart

He was asked by South Auckland teacher and author David Riley to illustrate his latest book, which is based on the iconic Samoan wrestler, Fanene Peter Maivia.

"He hit me up about a book launch and I said 'Why don't we do it at an impact pro-wrestling event?" explained Mr Mulipola

"Because it's Peter Maiavia! The forefather of the Samoan wrestling Dynasty!"

And so they did.

As soon as the book was launched Mr Mulipola transformed into Lyger, and jumped into the ring to take on Mr Tagataese. It only took 10 minutes for him to be defeated in a brutal brawl. 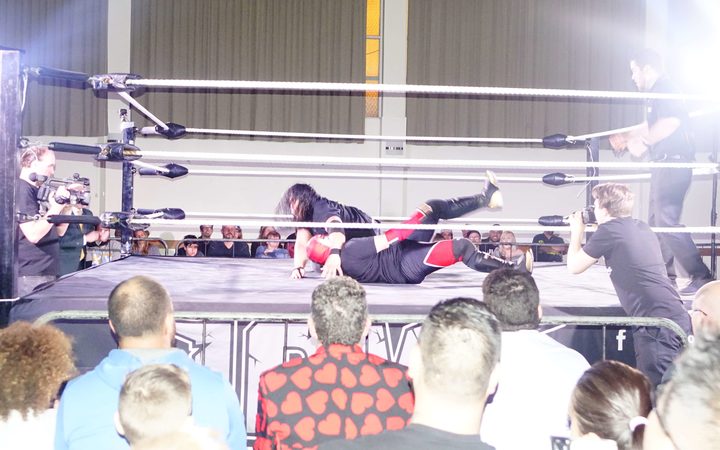 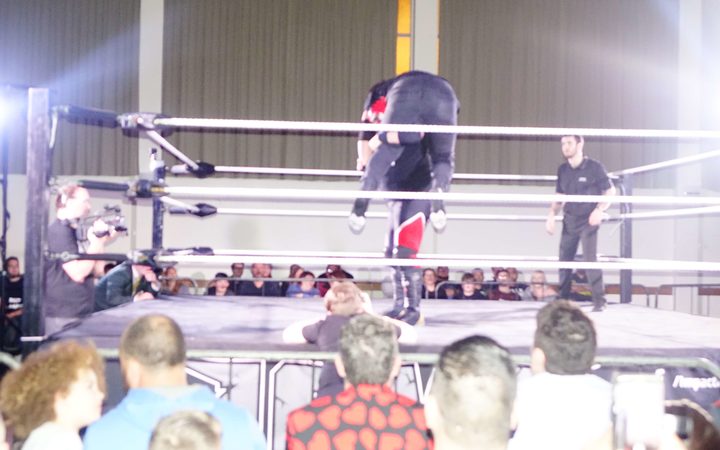 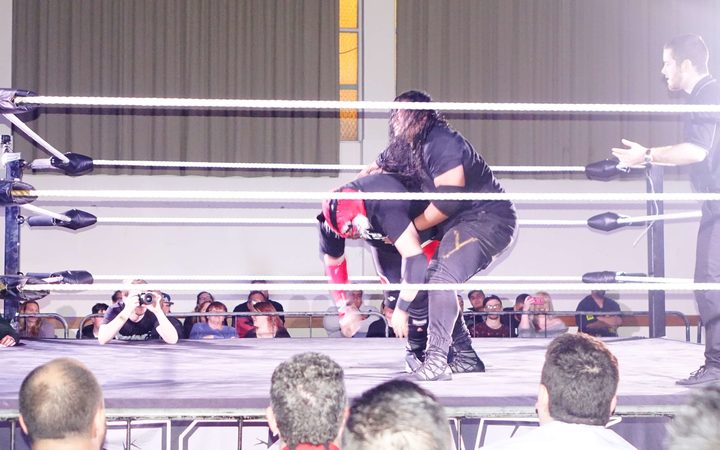 While his book launch was successful, Mr Mulipola was ultimately unsuccessful on the wrestling ring on the night. Photo: RNZ / Indira Stewart

The book is the fifth that Mr Riley has published but it's not the first time he's written about Pacific legends.

Mr Riley is passionate about boosting learning and reading among Pacific and Māori kids, using stories of Pacific heroes to help engage and inspire them.

"Peter Maivia is a name that's floated around when I was a kid," said Mr Riley.

"He was a name that everyone knew - 'High Chief Peter Maivia' - and what he did in laying a foundation for wrestling [for] Polynesians especially, becoming a worldwide star and also a movie actor as well, being in a James Bond movie - I just thought, man it's just an amazing story."

Lyger and Mr Tagataese are among many wrestlers who have been influenced by Fanene Peter Maivia.

Known professionally as High Chief Peter Maivia, he was a part of a family of professional wrestlers, known as the Anoa'i family, who originated from American Samoa.

Fanene's daughter married champion Canadian wrestler Rocky Johnson and their son, Dwayne 'The Rock' Johnson, is widely regarded as one of the greatest professional wrestlers of all time.

Cook Island professional wrestler Matthias Tamarama, who also fought on the night of the launch, said it was inspiring to see a book written about one of his heroes.

"David Riley used to be my drama teacher back in Tangaroa college," said Mr Tamarama

"There's a children's book with wrestling and Polynesian roots? It's a must read." 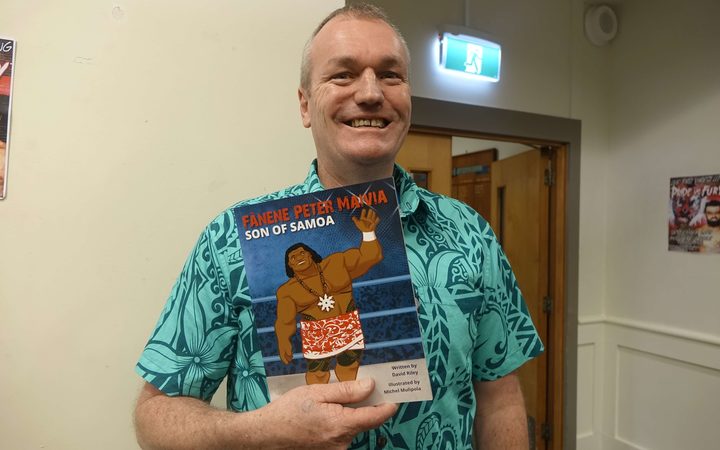 "I've illustrated a story written by Samoa Joe. That was the first gig I got with WWE. Then after that, they loved my work so in the wrestlemania special, I got to illustrate John Cena versus The Miz."

"And then the Attitude Era 2018 Special came out two weeks ago in comic stores worldwide and I got to illustrate The Rock and Stone Cold Steve Austin."

For Mr Riley, writing books on Pacific heroes is a passion with a different purpose.

"I quickly found that there were very few books that engaged my students, eh, so that's why I started writing them," he explained.

Mr Riley teaches at Tangaroa College in South Auckland, where 96 percent of the school roll are Pacific and Māori children.

Pasifika and Māori school leavers hold the lowest achievement rates in New Zealand and he believed it's crucial for Pacific kids to see themselves in learning resources, in order to stay engaged.

"When I was at school, we studied Queen Elizabeth I and I had Māori friends and Pacific friends who dropped out of school," said Mr Riley.

"Why didn't we ever learn [about] the Māori Kings and Queens and Pacific heroes of the past? Like Queen Salote, you know. And Salamasina and Nafanua,"

"Why weren't they worthy of us studying in school? And maybe if they were, maybe those kids would've been more engaged and connected."

"I'm palagi but I married a Samoan - I grew up here," he claimed

"I'm white on the outside but you know, this is my community and just everything to do with the Pacific, I'm in love with."

While he writes books to encourage reading and learning in his community he said he also wanted to show kids that their own cultures had heroes worthy of books.

He said many kids who have read his books tell him it's the first they've ever read from front to back. Ultimately, he hopes his books will help lift Māori and Pasifika achievement in his community.

"I thought writers are from LA or New York you know, [they] couldn't be from Māngere," he said.

"That's one thing I'm really glad that they get to see, because I'm just a normal person like them. That's why we launch our books too at Tupu Library, just down the road from Tangaroa College - they get used to saying things like "Yeah, I've been to a book launch, you know, it's normal.