Lane, the storm saturating the islands of Hawaii, has been downgraded to a tropical storm after its intensity rapidly decreased on Saturday afternoon (NZT).

Little more than 24 hours ago, Hurricane Lane was barreling towards the state as a category three storm with winds in excess of 200km/h. Now, the storm's maximum sustained winds are about 110km/h. 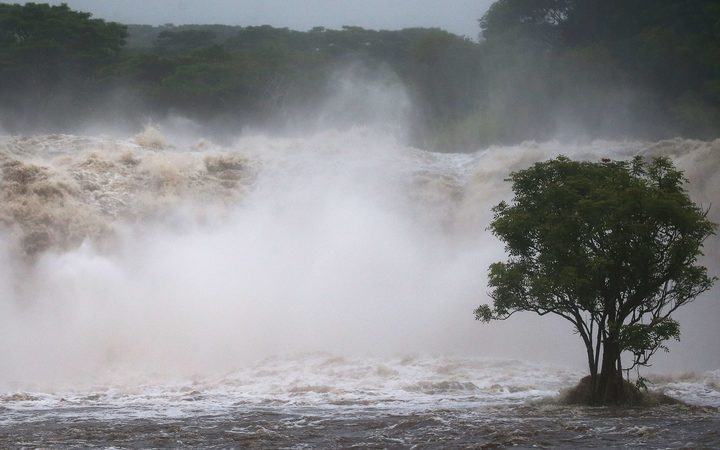 The National Weather Service announced the downgrade on Saturday afternoon, and hurricane warnings for much of the archipelago were downgraded to tropical storm warnings.

However, authorities are still warning of the storm's destructive potential. Residents are being told to gird themselves for a lengthy storm that could linger well into next week.

It's only moving at about 6km/h, and would keep dumping heavy rain on an already saturated state. More flooding and damaging winds have been forecast.

Hawaii's southern islands have already been lashed by the storm's outer bands for two days. Torrential rain, surging floodwaters and tumbling landslides have caused widespread problems on the Big Island.

And on Saturday, a new threat also emerged: two bush fires broke out on Maui, fanned by the storm's strong wind gusts.

"Lane is still powerful and can be a damaging storm," said the state's governor, David Ige. Mr Ige said the US President, Donald Trump, had called him to pledge the full support of federal authorities. 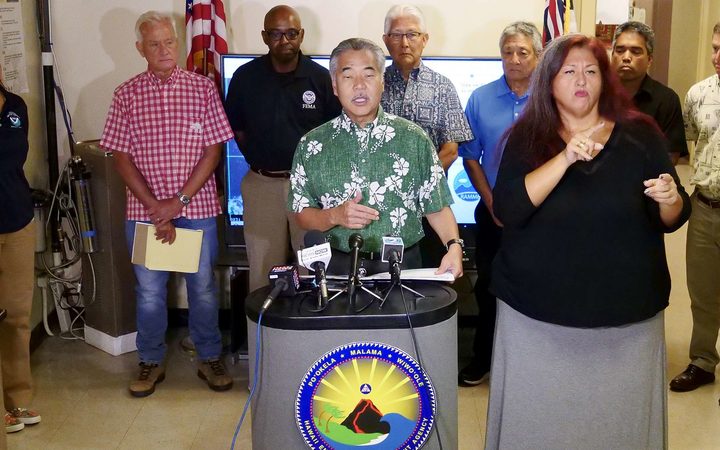 The National Weather Service said the storm continued to lumber slowly to the state's south, which meant the islands would feel the effects possibly well into next week. On Saturday evening, Lane remained about 240km to the south of the state capital, Honolulu, although a direct hit was likely to be avoided.

"Lane weakens to a tropical storm south of Oahu but rain bands will still bring more flooding and damaging winds to parts of the main Hawaiian islands," the Central Pacific Hurricane Centre said on its website.

"Regardless of the hurricane track, life threatening impacts will extend far beyond the centre position as this strong hurricane approaches the islands," it said. 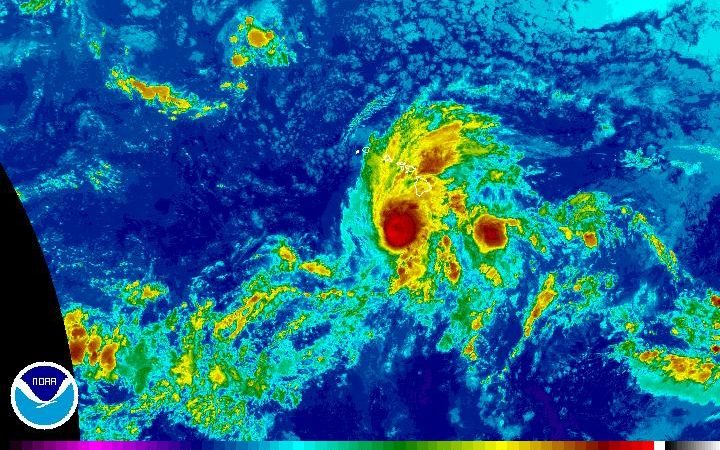 The hurricane has already caused widespread damage. The National Weather Service said as much as half-a-metre of rain had fallen on the Big Island in a 24-hour period, with heavy rain expected to continue for days yet.

On the Big Island, raging rivers had burst their banks and low-lying areas had been inundated by floodwaters, authorities said. Hillsides had come toppling down, blocking some roads.

The Red Cross said 1,500 people spent last night in evacuation centres, with many more likely to evacuate as the hurricane moves closer.

Further north in Oahu, a spokesperson for the Hawaii Emergency Management Agency, Richard Rapoza, said businesses on Maui and Oahu, the state's most populated island, were shutting up shop in anticipation for Lane's arrival.

"There are a lot of businesses closing down, which is good because it allows their workers to stay at home and take care of their property and be with their family," Mr Rapoza said in an interview.

"People are adjusting well to it. I think you can go a day without McDonalds and Starbucks if it keeps people safe." 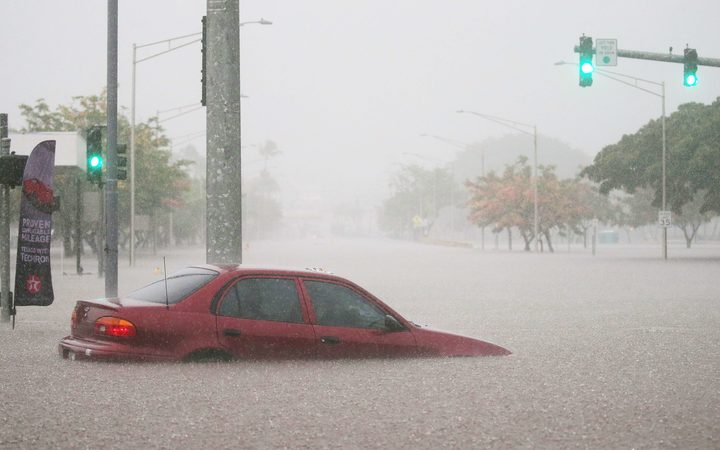 Mr Rapoza said authorities' biggest concern was that the hurricane was moving so slowly, allowing it to spend more time drenching the islands.

"Lane is in the slow lane and doesn't want to go away," Kirk Caldwell, the mayor of Honolulu, said at a news conference. "We're preparing for the worst and hoping for the best."

At Lahaina, on the island of Maui, two large bushfires had broken out, spread quickly by the winds whipped up by Lane and forcing the evacuation of more than 100 homes, including a school serving as an evacuation centre.

The cause of the fires, which have scorched hundreds of acres, was not immediately known, according to Hawaii News Now. The brodcaster said a woman had been hospitalised with serious burns.

Little rain had poured on Maui on Sunday, the broadcaster said, but the winds were intense, creating problems for firefighters battling to contain the blaze.

Authorities were wishing the hurricane would pick up speed and douse the blazing area with some rain.

Until this week, parts of the state had been suffering through a prolonged dry period that had sparked several bushfires in a year filled with disasters for Hawaii.

It started with record floods in Kauai in April, then the eruption of the Kilauea volcano, which is still ongoing, that forced the evacuation of entire subdivisions on the Big Island.

Hurricane Lane is just the latest hit in a difficult year.