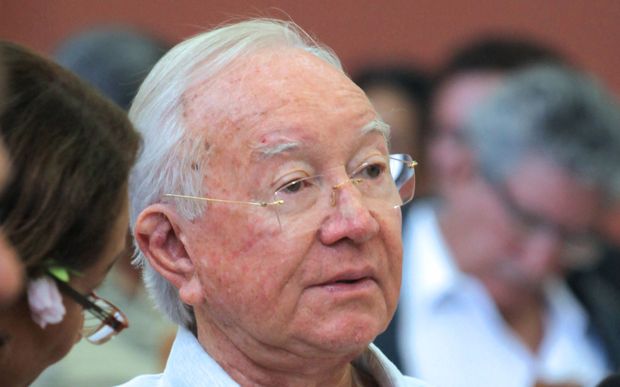 French Polynesia's former president Gaston Flosse has been given a six-month suspended prison sentence over a property dispute with his former wife Tonita Mao.

The criminal court convicted him of home invasion after he had refused a family court order to vacate the couple's home at Erima.

The court also banned him from entering the residence.

The order is effective immediately and won't be invalidated even he lodges an appeal.

Flosse lost office four years ago after being convicted of corruption.